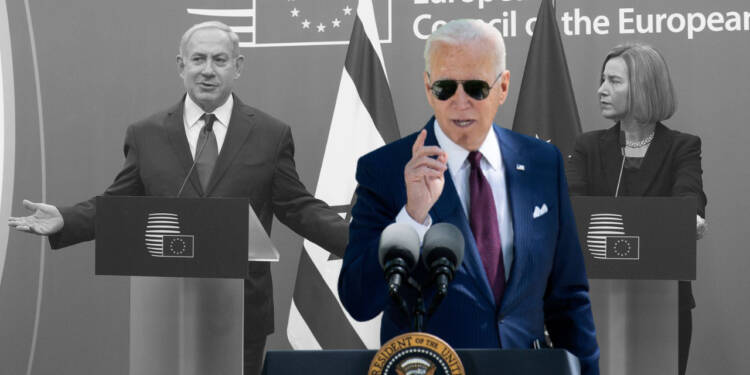 The United States is by far the largest arms supplier in the world. And it’s a well-known fact.

America has been exporting Ammos to most of the European countries including some of the big guns like Germany and France who certainly are not interested in relying on NATO anymore. They are now backing on a potential alternative- Israel, which has snatched the living daylights out of the US.

Israel is already one of the staunch rivals of the US which makes it more obvious for Washington to not digest the fact that Europe is now in business with the country. Of course, it hurts the business prospects of the US which makes hundreds of billions of dollars every year by selling weapons to foreign governments. So, the US has lost its market to its arch-rival. From day one of his presidency, Joe Biden has shown no qualms in undermining Israel’s position on the world stage. Moreover, his years-old rivalry with the Israeli Prime Minister Benjamin Netanyahu is hardly a secret and now the growing bonhomie between Europe and Israel is irking his nerves.

Clearly, the US has lost its clout to Israel. Now, there’s only one way to regain that. And, Biden seems to have cracked that code rightly, that is to use the policy of Britishers to ‘divide and rule’.

Recently, there have been skirmishes finding its roots between Europe and Israel. The EU is now demanding reparations from Israel for the demolition of European-funded Palestinian structures. Following Israel’s decision to destroy numerous homes in the West Bank villages in the Masafer Yatta region that were constructed with financial assistance from the European Union or its member states, 24 members of the European Parliament sent a letter to the EU’s Commission for Crisis Management.

This past weekend, Janez Lenarcic, the European Commission’s crisis management commissioner, stated that Israel must make amends for any buildings it destroys in the West Bank.

Read More: To bring stability at home, US will throw a spanner of instability worldwide

Lenarcic’s comments were made in response to 24 members of the European Parliament who contacted the commission after learning that Israel planned to demolish a number of homes in the West Bank villages of the Masafer Yatta region that were constructed with funding from the European Union or one of its member states.

“The European Union has repeatedly requested that Israel compensate for the loss of European taxpayers’ money,” members of parliament wrote to Lenarcic, adding that the commission itself confessed that its diplomatic requests to Israel were ineffective.

“In financial terms, Israel did not shoulder the consequences for the illegal demolitions and the violations of human rights,” the members of parliament wrote.

The commissioner added that officials from the European Union frequently visit the region to issue warnings against demolishing the buildings.

It seems that tensions are rising between the two. Well, that is exactly what the US wants. Some time back, Germany and Israel came at odds with the United States due to their own interests. Israel made the colossal decision to lock horns with the US’ military-industrial complex and was on a spree of flattening the USA’s multi-billion arms empire brick by brick. Germany even made a preliminary decision to buy Israel’s Arrow 3 air-defence system instead of the rival product manufactured by US’ Lockheed Martin Corp. Now, this was something tragic for Washington.

There is pressure in Europe to be less forgiving toward Israel. But why? Is the US behind this, just to fuel its underlying motive? Washington has the persona of supplying arms to countries who are at war or even exacerbating conflicts between two countries just to fulfil its motives of which the war in Ukraine is the perfect example. Perhaps, to revive its dying business, the US is wedging a divide between the continent and Israel.