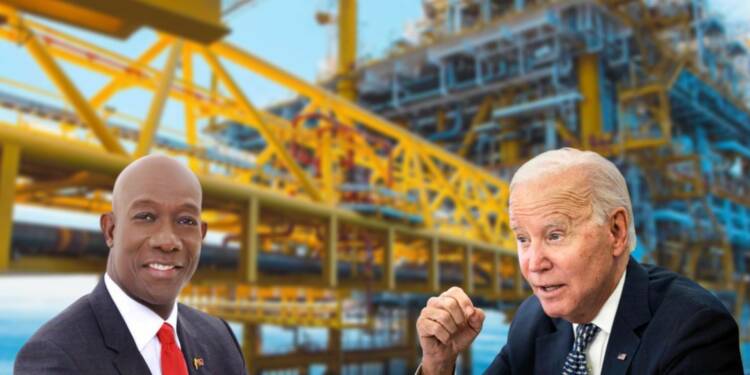 Trinidad and Tobago energy sector: Recent geopolitics trends have shown various states’ interdependence on oil and gas. Notably, the Russian-Ukraine conflict’s onset revealed the fragility of these sectors and largely disrupted the global demand and supply. In order to meet these demands, numerous states have stood up to act as a substitute for Russian oil while also being subject to exploitation.

Recently Trinidad and Tobago has been making headlines by acting as the liberator of countries for oil and gases as its reserves remain unutilized. Similarly, the United States’ concerns have grown about this and have tried extracting the oil from Trinidad and Tobago which shows its eagerness to be the dominating power in the global energy sector.

Trinidad and Tobago has increased efforts in recent years to attract foreign investors to its energy sector, particularly to increase exports of petrochemical products and liquefied natural gas (LNG). However, the outcomes of the most recent offshore bidding rounds have not lived up to expectations. The government of the Caribbean nation is also putting more and more pressure on natural gas producers to increase production in the coming years in order to restart an idle liquefaction train and feed other facilities.

According to people familiar with the situation, BP Plc (BP.L) and Shell Plc (SHEL.L) are preparing to reject four offshore exploration bids because they failed to meet the minimum requirements set by the government. The island nation’s government wants to talk to the two oil and gas companies about whether they would be willing to improve the bids that were submitted together. The deep-water bidding round for Trinidad and Tobago ended at the beginning of June, and offers were only received from a BP-Shell consortium for four of the 17 blocks. To increase its production of liquefied natural gas (LNG), the Caribbean nation requires new gas supplies immediately.

Trinidad is the largest exporter of LNG in Latin America, it is able to process 4.2 billion cubic feet of gas per day into LNG, petrochemicals, and electricity.

The successful bidder will be required to fulfill key financial obligations in addition to the minimum exploration work program. These obligations include a biddable signature bonus, a production bonus, a technical equipment bonus, an environmental bonus, minimum payments, contributions to training and research and development, scholarships, and an annual surface rental. The contractor is responsible for making these payments, which are intended to support the ongoing exploration and development of energy resources of Trinidad and Tobago.

Global energy markets have been shaken by the volatility of fossil fuel prices. Members of the Caribbean Community (CARICOM) are particularly vulnerable because they import more than 85% of their energy. Because of this, the average cost of electricity for consumers in the CARICOM nations is almost twice as much as it is for those in the United States. The United States of America has the potential to be a significant partner in CARICOM’s efforts to make the most of its energy resources and to improve relations between the United States and the Caribbean.

Trinidad and Tobago found itself entangled in a dynamic set of political and commercial relationships, both regionally and internationally, over the past fifteen years as natural gas, particularly LNG, gained market value. The fragility of the Trinidad and Tobago’s market and its situation of not being able to extract its resources efficiently puts the country at a great risk of foreign influence which is a direct threat to its sovereignty. The world is eyeing Trinidad and now it’s for the nation to decide whether to escape or be enslaved.

Geopolitics of the 21st century: Fisheries dominate the powerplay