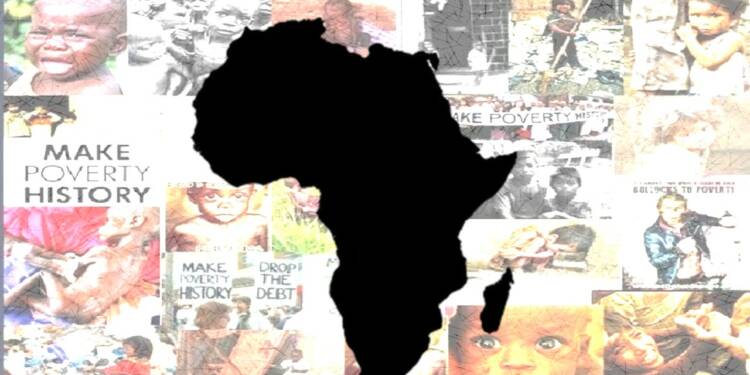 Extreme poverty is a pressing issue in Africa. While the rich get richer, the poor get poorer. According to a report, extreme inequality across Africa also undermines efforts to fight poverty. Africa is the second most unequal continent in the world, and home to seven of the most unequal countries. The richest 0.0001% own 40% of the wealth of the entire continent. Further, the Covid-19 pandemic had only made the situation even worse. Many African governments had to impose strict lockdowns during the pandemic which resulted in severe economic consequences. However, there is a ray of hope for the continent as finally, the old trend seems to have been reversed and the income gap in Africa is finally closing.

Income Gap of Africa is Closing

Africa despite being a resource-rich continent has some of the poorest countries in the world. Many African countries are beset with so many issues like food insecurity, human capital losses, adaptation to climate change, conflicts, and growing macroeconomic imbalances, etc. are major hindrances to its growth. This had also given rise to the perception, known as Afro-pessimism which means that sub-Saharan Africa as a region is too riddled with problems for good governance and economic development.

However, there is some good news for the continent. A recent analysis conducted on Africa’s income inequality suggests that poorer African economies have consistently grown faster in per capita terms since 2000 than richer ones, which is a pattern never observed before since the independence in the 1960s. The report thus suggests that income inequality between countries has significantly decreased, a trend confirmed by the strong decline in the population-weighted average Gini coefficient of inequality between African countries, from 0.44 in 2000 to 0.39 in 2020.

Africa’s March Toward a Better Future

There could be many reasons for this positive outcome to come out. From the adoption of better economic and social policies to the regional integration efforts undertaken by Africa has contributed to this. Since 2000, the intra-African trade doubled in the proportion to the total trade, goods, and services exchanged within Africa are of higher added value than with the rest of the world.

Various initiatives taken by African countries like the African Continental Free Trade Area (AfCFTA) have accelerated Africa’s regional integration efforts immensely. Comprising 55 countries with a population of 1.3 billion and combined GDP of about $3.4 trillion, the AfCFTA is the largest free trade area in the world, both by area and by the number of countries. Currently, 54 of the 55 African countries have signed the agreement. It is expected to deliver great benefits in terms of jobs, growth, and poverty reduction which makes it a game-changer for Africa. Reports suggest that, if fully implemented it could raise incomes by 9 percent by 2035 and further lift 50 million people out of extreme poverty.

Apart from it, many other African countries like Kenya and South Africa have recently joined hands to resolve trade barriers and called for boosting trade and investments. The leaders from both countries have taken measures to remove trade barriers which are likely to yield many positive results in the days to come.

Many African countries also have vast reserves of oil. In addition, African countries have agreed to establish a regional oil and gas pipeline network to boost their energy security and move toward economic self-sufficiency. This will also lessen their reliance on imported refined petroleum products from the West. Countries like Zimbabwe which has the largest lithium deposits in Africa have recently banned exports of raw lithium. For the longest time, Africa has served merely as a raw material exporter and finished goods importer which doesn’t give it equal economic benefits. With the ban, it wants to encourage local manufacturing which will greatly benefit the economy and create jobs. Further, recently Zimbabwe has also registered its largest wheat harvest in 2022. The country no longer needs to import wheat to meet its needs which will help it save up to 300 million dollars in import costs.

Considering the scenario, it indicates that African countries are taking rights steps to secure their national interest, improve their economy, and uplift the lives of common Africans. All of these measures will further accelerate the process of Africa’s economic turnaround thereby reducing extreme poverty and bridging the income gap, major concerns of Africa. Thus, Africa’s efforts to deal with these issues must be sustained to achieve even greater results.

How many whole numbers are there between 32 and 53? Detailed Explanation