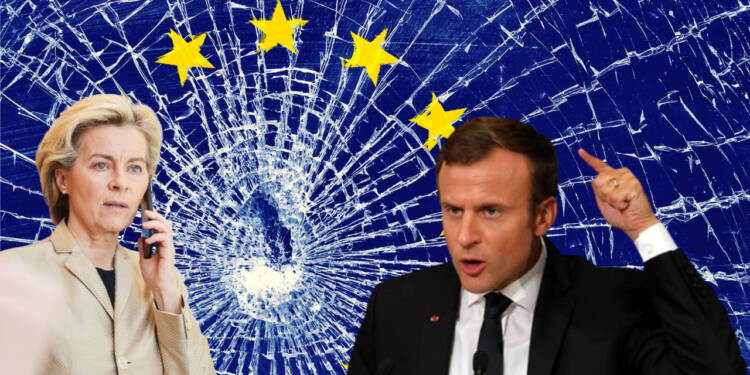 Energy-independent European countries are feeling aggrieved and displeased because some of their fellow countries have become a burden on them. They are largely opting to operate independently. The integrated EU electricity market has become the new playground of skirmishes between the European counties.

As of 2020, 43 transmission system operators linked the continent together with nearly 420 interconnections, of whom 50 are at France’s borders.

The wholesale market for electricity in EU member states is built on a marginal pricing system, which, in effect, means that everyone pays the same price for the electricity they produce regardless of how it is produced. The most expensive method of electricity production is then used to determine the price.

However, due to declining Russian gas supplies, reduced hydropower output brought on by summer droughts, and extensive nuclear power fleet outages in France, wholesale electricity costs surged last year. And this time hostility against the integrated electricity market was seen in Paris.

On January 12, a motion was brought in French Senate which would have removed France from the European electricity market if passed. Even though the motion was rejected, it highlighted the growing opposition to the EU market in France.

Read More: 2 European foreign ministers’ visit to Ethiopia is not about peace but to keep the migrants at bay

Some left-wing parties vehemently backed the motion, which was proposed by the French communist group, in what seemed to be an unprecedented declaration of mistrust in the EU electricity market. However, according to communist senator Fabien Gay, the issue is more related to the structure of the market than it is to the conflict in Ukraine or France’s ageing nuclear fleet. This position appears to be gathering support in the Senate.

Gay’s resolution, which proposed quitting the European electricity market entirely in reaction to skyrocketing power prices, was approved by the 57 senators of the center-right Union Centrist (UC) group.

According to the resolution, the European power market’s initial promises of lower costs, incentives for innovation, and the development of new production capacity have not been fulfilled.

Last year, European Commission gave in to Spain’s and Portugal’s requests to decouple the price of gas from the price of electricity as both describe themselves as ‘energy island’ that import gas from Algeria and don’t majorly export to European countries. The political agreement permits a cap on gas prices at an average of €50 per megawatt-hour, which should result in a halving of energy costs for 40% of Spanish and Portuguese users with regulated rates.

France has always been the net exporter to the bloc and derives 70% of its electricity from its nuclear energy. The motion to get out of the energy market in France received 153 votes in favour of the UC group, the communists, and other left-wing and green organisations but was rejected by 180 right-wing senators and other centrist groupings. According to Gay, it was nevertheless significant considering that support “was still very small” a year ago.

What do you guys think about the European integrated energy systems, are these the signs of European Integration or just temporary roadblocks?