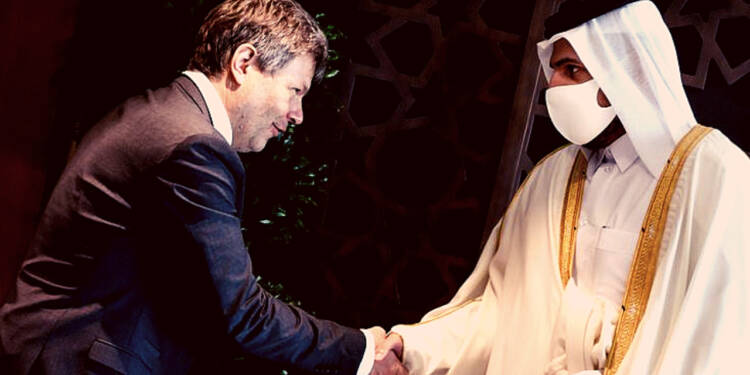 Qatar recently came under scrutiny owing to allegations that it sought to buy political favour in Brussels with suitcases full of cash but the European Union seemed to bury the issue in the ground. Why? Well, perhaps because Qatar is one of the biggest cash cows in the region.

For those who are unaware, the Gulf monarchy was granted hosting rights for the FIFA world cup tournament in 2010 and has since been the subject of much criticism due to the country’s human rights record and its alleged use of bribery and corruption to secure the hosting rights. Well, this was only possible because of the corrupt EU politicians in the house who are now trying to bury the issue in the ground. But why? What’s the underlying motive? Let’s find out.

The Qatar Investment Authority, the sovereign wealth fund of the emirate, and members of the ruling family of the nation have built significant stakes in some of Germany’s most recognisable corporate names over the past ten years, including an 11 percent stake in Volkswagen, the nation’s largest automaker, and a 6 percent stake in Deutsche Bank, its largest bank. The Qataris acquired a 5% interest in Porsche last October, elevating the emirate to the position of one of the company’s major shareholders.

Read More: Qatar puts EU back into its boots, will re-think its LNG deal

Qatar has long been one of Germany’s largest export markets for defence products. Additionally, as a result of Germany’s forced switch away from Russian oil due to the conflict in Ukraine, the emirate—the biggest exporter of liquefied natural gas—has emerged as its significant energy supplier. In fact, a picture of Germany’s Green Vice Chancellor Robert Habeck bowing deeply to Qatar’s trade minister during a visit in the spring when the country was looking for fresh gas supplies could be considered a defining image of the country’s present administration.

Moreover, while European countries, especially the likes of Germany, are scrambling for Russian alternatives to oil and gas, they found Qatar as a blessing. The Gulf monarchy provides liquefied natural gas (LNG) to a few other European nations, but it also has the legal authority to divert supply to other clients, especially in Asia, provided those customers are prepared to pay a higher price. The majority of Qatar’s LNG exports to Europe are contractually divertible. However, Qatar had promised to continue supplying gas to Europe even as the nations work to wean themselves off of Russian energy.

Even though the investments didn’t yield the expected financial results, Qatar’s involvement in the German economy allowed it to gain favour in the highest levels of government. Qatar’s business decisions have given it access to a powerful network of allies, including former ministers and other top government figures, who are assisting it in making its voice heard in Berlin owing to which it was only able to secure the hosting rights of the game.

Read More: The French connection in the Qatari FIFA World Cup- the most corrupt sporting event ever

After getting exposed, the EU parliament is now trying to sway the matter owing to the stronghold of the Gulf nation in European countries, especially in the big guns like Germany. It has now realised how Qatar could threaten the region over halted oil and gas supplies while the continent is already scouting for viable Russian alternatives. Because countries like Germany have foreign investments from Qatar in almost every area, the claims are giving those nations nightmares. They are now fearing that Qatar’s regional role is growing and as it becomes a more self-confident nation, it will not take allegations meekly.

Clearly, the gulf state has been building its stake in European nations majorly in Germany which has reduced European nations to a puppet. They are now evading the Qatargate matter in a bid to appease their master.