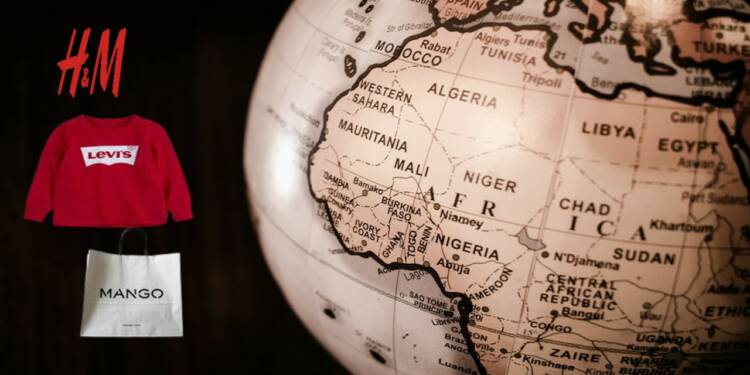 Not Miami, Manchester, or even London, but  Africa is set to be the World’s new fast fashion factory. Africa is increasingly becoming a favorite manufacturing destination for firms in the fashion industry and this can transform Africa’s economy and uplift millions from poverty. Africa becoming a style hub definitely is a good sign for a continent that desperately needs jobs. Thus Africa has set its foot on the journey to be the next Fast fashion capital of the world.

What is Fast Fashion?

We can’t imagine a world without textiles. The clothing industry also has a huge role to play in the global economy as it employs 300 million people around the world, especially from the poorest countries. Fast fashion can be defined as cheap, trendy clothing, that derives fashion trends from premium fashion shows or celebrity culture and turns them into garments in high street stores at breakneck speed.

Read More : Africa is finally closing the ‘Income Gap’, between the rich and the poor

The second-largest sector after agriculture in Africa is the fashion and textile industry with an estimated market value of $31 billion in 2020. Examples of fast fashion retailers include H&M, Zara, Uniqlo, Primark, Topshop, GAP, and Next which produce massive amounts of clothing efficiently. Furthermore, Fast Fashion has vast growth potential in Africa and can contribute positively to the African economy.

Within the textile market, one of the largest industries is cotton. Africa has been one of the continents that provide raw cotton to the world’s textile industry. Currently, cotton production in the Sub-Saharan African region contributes 15.93 percent of global exports and employs over 450,000 people. Countries such as South Africa and Ethiopia are cotton producers. Similarly, in countries like Kenya, data shows that every job in the garment sector generates five other auxiliary jobs.

To add further, Africa also has an important strategic advantage over Asian manufacturers as it has shorter shipping routes to European and USA markets. In fact, it takes just three weeks for a shipping container to travel from West Africa to Western Europe and a month to travel to the East coast of the United States.

As per a report, Africa also benefits from lower labor costs than Asia, and apparel manufacturers in many African countries offer duty-free deals (or reduced tariffs as much as 30% compared to Asia) when entering European, American, and Australian markets thereby giving Africa a competitive edge over its Asian counterparts.

To this point, African countries like Ethiopia is already a destination for apparel manufacturing such as Guess, Levis, and H&M. Countries like Nigeria too are currently home to leading brands such as Mango, Nike, and Swatch, which have set up stores there. Other countries with high potential include Ghana, Kenya, etc. There is a great deal of investment flowing into these countries and lower wages, proper infrastructure, good access to ports, a young and motivated workforce, and labor market governance that is favorable to investors are some of the major attractions.

According to the Oxford Committee for Famine Relief (OXFAM), if Africa, East Asia, South Asia, and Latin America were each to increase their share of world exports by 1% the resulting growth could lift 128 million people out of poverty.

For Africa, which has mostly been dependent on agriculture for its economy, the fast fashion industry provides a much-needed opportunity for economic diversification, apart from generating jobs and lifting people out of poverty.

With the rise of e-commerce, it has now become easier than ever to make new clothing purchases. The e-commerce revenue in the fashion industry worldwide was USD 481 billion in 2018, as reported by A. Orendorff (2018), with an average annual growth that is likely to be 10.36%.

Moving forward, fast fashion is expected to drive massive economic growth and Africa stands to benefit immensely from this phenomenon.

Binomial nomenclature was given by whom and importance

France’s Caribbean Agenda: Exploring the Reasons for its silence on Haiti