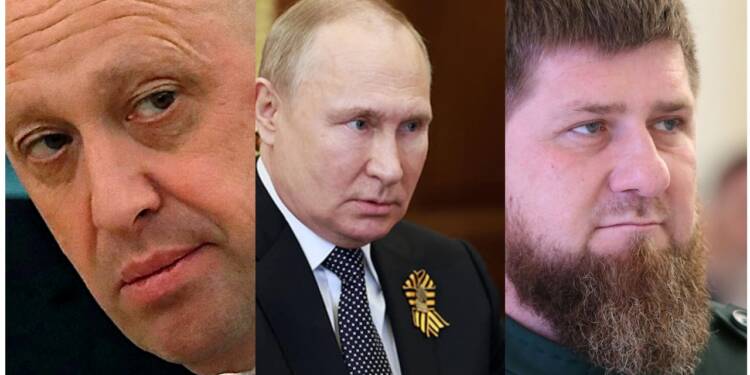 The Russia-Ukraine war is about to cut its first birthday cake and we sincerely hope it’s its last as well. Russia rapidly advanced in the initial phases of the war with Ukraine showing resilience solely due the help of its NATO friends. But there is a bad omen now. An omen that threatens to upset the equation. An omen that has Ramzan Kadyrov and Yevgeny Prigozhin at its core.

The world is being redefined by the Russo-Ukraine war without a significant result coming. However, there is a significant development. A development that can turn the tide against Russia. And the threat to Russian advance comes from within. While many have been hoping for Russia’s defeat and started betting on its weak coordination, their hopes were dashed even after months of fighting. But how will the Russians handle this mess?

Over the course of the past few months, Russian forces advanced quickly into Ukraine taking control of many areas. The Chechnya Army under Ramzan Kadyrov and the Wagner Group under Yevgeny Prigozhin played a major role in Russian victories. But now they stand in contradiction to the Kremlin.

The conflict over Soledar, a salt mining town, and Bakhmut, a nearby city, has brought to light the bitter divide that exists between Yevgeny Prigozhin, the leader of the Wagner fighters, and the leadership of the Russian Defense Ministry. Prigozhin claimed that Wagner was the sole winner of the prize and that his force took Soledar.

According to the Defense Ministry, air and artillery strikes as well as the maneuvers of airborne forces made it possible. Prigozhin accused the military of “constantly trying to steal Wagner’s victory,”. The Russian Defense Ministry acknowledged the Wagner Group’s “courageous and selfless action” to storm the city. However, to be fair to the Wagner group, it remained hidden for a long time.

While the Wagner group was at crossroads with the Russian army for stealing credit, The Chechnya army has recently highlighted religious purposes for this conflict of ideas. Ramzan Kadyrov, the leader of Chechnya, criticized Russian ban on beards, noting that his troops fighting in Ukraine are Muslims and that having facial hair is a religious obligation. Kadyrov’s remarks are the latest attack on the Russian military leadership, after Yevgeny Prigozhin’s very public outburst. Moscow’s armies suffering a series of cascading defeats at the end of 2022 could be a factor behind Kadyrov and Prigozhin’s newfound boldness. Chechen and Wagner forces in Ukraine operate largely independently of the high command.

This alliance of Wagner Group and Chechen fighters could be a threat to the Russian regime and halt their advances in Ukraine. While both remains pledged to Putin, they openly challenged Kremlin’s monopoly, something Russia’s tightly controlled political system has never seen before. It is now up to Putin to bring Ramzan Kadyrov and Yevgeny Prigozhin on his side to make the best use of Russia’s initial victories.