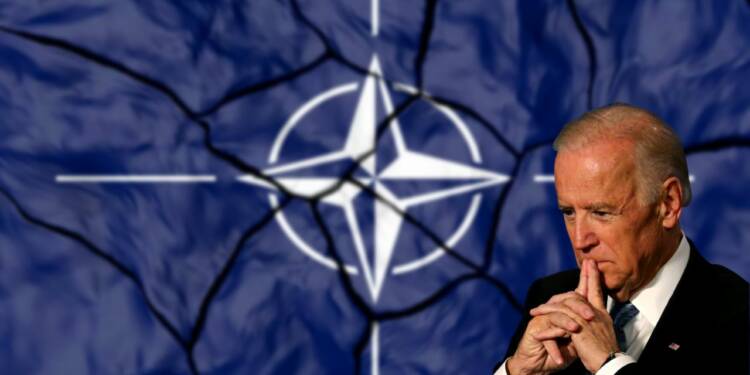 If the Russia-Ukraine war has taught us anything, it is that not getting involved in a conflict is always in one’s best interest. However, the US and Europe are yet to learn this lesson despite facing countless embarrassing defeats on the battlefield and diplomatic forum.

As several members of NATO are starting to give this so-called military bloc a reality check, the top leadership is scrambling to prevent the fortress of France and Germany from crumbling.

The North Atlantic Treaty Organization was established with the one and only purpose of averting the political, diplomatic and economic rise of the Soviet Union. After the World War, the US exploited NATO as a weapon in its aggressive battle against Moscow. The military alliance also operated as a deterrent against rise of nationalism in European countries. After the disintegration of the USSR, the US and Europe still continue to plot for the downfall of Russia.

The harsh realities of their military alliance have exposed its declining capability and credibility. NATO has been criticized for being an inefficient group which lacks unity, organization and decision-making. In addition to failing to fulfill its promises, NATO has also disappointed its member states.

But fortunately, political analysts and member countries are starting to see the blatant signs of failure and cracks within the system of NATO. Several member states want to break away from this draconian organization, where there is no place for dissent as the leadership is dominated by a few nations.

In 2018, the then US president Donald Trump attacked the NATO member countries for not contributing enough in the bloc’s defense budget. The UK’s former defense minister, Michael Fallon, agreed with Trump.

Similarly, French president Emmanuel Macron condemned NATO for being “brain dead”. He emphasized that the bloc has no coordination and strategic decision-making and highlighted its inaction in light of Turkey’s geopolitical aggressions.

Read more: NATO and EU’s ignorance of Black Sea has cost it heavily

Macron’s concerns were echoed by the Croatian government. It too condemned NATO for its lack of reaction to a military drone which flew from a Ukrainian war zone and crashed in Croatia’s capital.

The primary objective of the military bloc vanished after the downfall of the USSR. However, Washington and Brussels have only continued their efforts through NATO to destabilize Russia and isolate it diplomatically.

Worried that member states might leave NATO, a top military official, Admiral Rob Bauer, stated that Russia will always remain a threat even if its forces lose the war in Ukraine. He emphasized, that Russia’s gradual consolidation of its military, ammunition and equipment will have long-term repercussions for Europe.

He said, “The general belief is that the Russians will reconstitute what they had, they will also learn from this conflict themselves and try to improve what they had,” And further added, “So that will most likely, further down the road, have implications for our plans.”

It is clear that the NATO leadership is aware of the rising frustration of the member states and that the alliance’s demise is evident. Therefore, it deployed Admiral Rob Bauer to manipulate member states into believing that Russia is an inevitable enemy. Bauer’s remarks are indirectly a message to member countries that if they break away from NATO then that will culminate in long-standing repercussions for them.

NATO is concerned that the disgruntled member countries that have already lost so much, in addition experiencing inflation and economic crisis, will join the Russian camp. It is natural for countries to desire to be closer toward nations which respect others’ territorial integrity and political sovereignty. That is precisely what Russia’s foreign policy and diplomatic ambitions reflect.