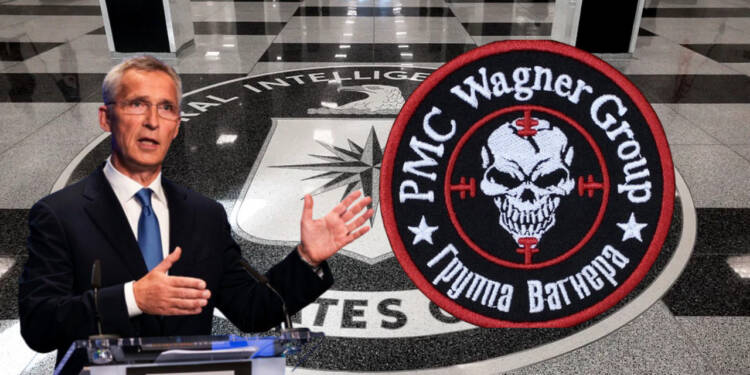 The story of CIA placing a mole in its enemies’ forces is not new. Castro’s assassination attempts, the Iraq invasion and the Vietnam conflict perfectly demonstrate Washington’s never-ending saga of using spies and moles in its atrocious plans.

This time too, the US and its allies are seeking the help of a mole, who claims to be a victim of Russia’s non-existent viciousness, in its bid to destroy the Russian mercenary group, Wagner.

A man who claims to be a former fighter of Russia’s Wagner Group has been given asylum by Norway. The Norwegian Directorate of Immigration stated that Andey Medvedev, who illegally crossed the border into Norway, was seeking protection from Putin’s regime. Medvedev allegedly accused the Wagner Group of brutality and added that Russian prisoners have been recruited without their consent to fight in Moscow’s wars.

Read More: NATO and EU’s ignorance of Black Sea has cost it heavily

The news leads us to conclude that this man, identified as Andey Medvedev, is an agent of NATO who was placed as a mole in the Wagner Group by Biden and his allies. His mission was to document their strategy and future plans. Since it is next to impossible to place Medvedev in the Russian military as it is a strong fortress to break, therefore he was placed in the Wagner Group.

After the completion of his mission, another plan was concocted by Biden, Macron and Ursula Gertrud von der Leyen for Medvedev to cross the border between Russia and Norway.

But why Norway? Because, unlike other Western countries which are quite active in circulating propaganda against the Kremlin, Norway is a neutral nation. It has good ties with both Russia and Ukraine. So suspicion would not be placed on the credibility of this so-called whistleblower.

Read more: How Wagner group’s entry is changing the dynamics of the Ukraine war

Reasons behind why West did this

Now, the West’s strategy here is to destroy the credibility and image of the Wagner Group through Medvedev. He levelled many baseless accusations against the private military contractor.

Since the Russian military company has successfully managed to annihilate the US and Europe’s dominance in Africa and Asia, the West led by NATO is after its image.

Wagner is actively involved in the Central African Republic. In fact, it provides security to its president Faustin Archange Touadera. While in strategically important countries like Burkina Faso, the president Ibrahim Traore sought the assistance of Wagner in eliminating Islamist and insurgent groups.

Similarly, in Mali and Syria, Wagner has averted the nefarious purpose of the US and Europe. As a matter of fact, in Syria, the Russian mercenaries and Western forces are fighting a proxy war. Moscow is on the side of Bashar al-Assad, whom Biden and his allies have still not been able to overthrow to this day.

In Latin America too, Wagner is present in Venezuela and other nations.

Wagner and its image

Seeing that their fortress of hegemony is crumbling in these strategically, militarily and diplomatically significant nations, Biden, Macron and Leyen’s ploy here is to destroy the image of the Wagner Group. In addition, it also wants to create a threat perception among those countries which are looking to seek its services.

Since the West is a master in creating misinformation against Kremlin’s forces, it wants to create fear in the minds of nations that if they invite Wagner into their territories then it will impose sanctions on them in future.

Therefore, the narrative crafted by Andey Medvedev is an outright lie. Earlier, the US attempted to prevent the rise of Russia through diplomatic and political means. When that didn’t work, they put forward a spy so that the long-lost lie that the Wagner Group is a barbaric military organisation is turned into truth. However, the West’s ploy will eventually be uncovered.