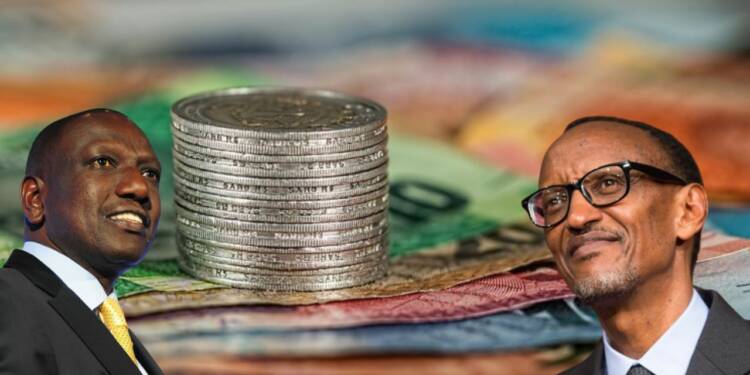 Africa has been consistently making efforts to bring about a more united Africa for greater peace and prosperity. East Africa is at the forefront of this quest to create a united Africa. Its trade collaborations and cooperative economic initiatives are laudable.  Adding another feather to its cap, the East African bloc has taken a step forward, aiming for a unified regional East African currency that is likely to become a reality sooner than expected.

The East African Community (EAC) plans to have a unified regional currency in the following four years, as per a report. Furthermore, the East African Monetary Union is expected to be accomplished within the next four years, according to EAC Secretary-General Peter Mathuki, despite a technical working group’s recommendation that the timeframe is extended to 2031. Additionally, the council of ministers are expected to shortly announce the location wherein the East African Monetary Institute will be established. There have been reports stating that the East African Community is also sending a delegation to Somalia to evaluate the country’s inclination to join the fold.

In this regard, the call to channel a single unified currency will provide the required thrust to African countries in their quest to be independent players in the international system rather than leaning on the west.

The single East African currency will ease business and movement of persons within the region and it is also in tandem with EAC’s intention to abolish all regional borders to allow unrestricted commerce and movement as envisioned under the standard market protocol.

Read More: Why source your currency from the West when you have options back home

Further, a single currency will help to counter monetary challenges like difficulty in converting some of its currencies while significantly increasing intra-African trade. Apart from the challenges, a single currency can also enhance currency stability and reduce financial risks, transaction costs, and inflation that impact inter-regional trade.

The reduced barriers to cross-border trade and investment will also contribute to greater competition in the economy as it will encourage more and more small as well as medium-sized companies to enter the markets of neighboring countries.

An increasingly strong dollar is wreaking havoc on the African economy and its currencies. It has amplified inflationary pressures across the continent. For example, the exchange rate between the US Dollar and the Egyptian pound has widened to 26.49. The rift between the US Dollar and Ghanaian Cedi has also sharply widened, as the exchange rate climbed from 6 to 14.5 over 2022.

To this point, the dollar’s growing heft causes tightening of trade and more stringent financing norms. Further, government debts would burgeon while debt-servicing would become tougher and tougher.

Considering that a significant number of countries are looking at alternatives to Dollar, a unified currency in Africa will boost its efforts towards de-dollarisation. Thus, Africa’s unified East African currency will add more fuel to the “Africa First” campaign thereby providing a much-needed impetus to Africa’s quest to formalize a stronger regional partnership to reap greater economic benefits, political stability, and progress.