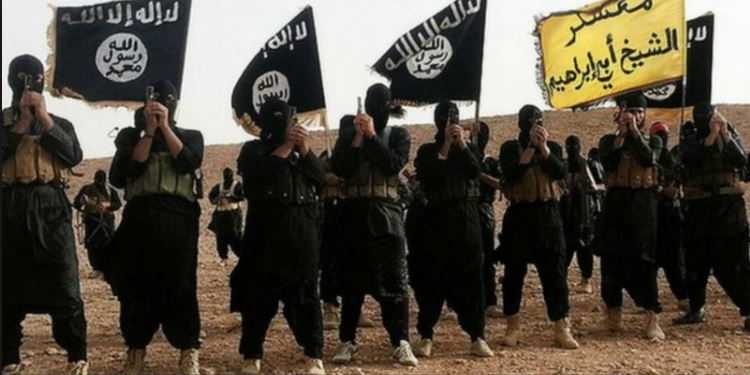 Only fools expect the fire that is consuming neighbour’s house would not touch their own. It is surprising to note that Chinese, the land of Confucius, one of the greatest philosophers of the world never considered the wisdom hidden in the line is surprising. Having said that it is also surprising to see deterioration of native culture in the country, as it never had faced any invasion from people with alien cultures. Though Japanese invaded China, it is an internal invasion in the world of Orientals. And the onslaught of Communism had turned the nation into an irreligious one, but left it prone to cultural attacks, which sometimes are real ones.

Though the population of China was homogenous, there exist many a sects within one of the largest countries with varying climates and cultures too. In the bad old days when the China was really a Communist regime, there happened Tiananmen massacre that displayed the ruthlessness execution of no tolerance policy, even against own people. But, does China still retain the same ruthlessness? Only time will tell.

By transforming itself into a capitalist regime, China worked hard to make it to the top of global economy. Not only the economy, but even the average lifestyle and standard of living improved after the transformation. The strong and sharp sword that ruled the nation was replaced with a shrewd and sophisticated acumen that drove the country to newer heights. But, as it is said – ‘Money Corrupts’. The increase in wealth has also increased the greed. China has already extended its territory when it bought large tracts of lands in African countries for the purpose of cultivation so that domestic masses can be fed.
Housing to the largest population in the world, considering its military might and no-nonsense attitude, China experiences least anti national activities. Having one of the largest workforce that relentlessly produces, the entrepreneurship of China focused on increasing the economic might, as if it solves all problems. Of course, to some extent this strategy is correct as having more military might is redundant, as no country is going to war with another one in current scenario. All wars in the world are concentrated at only one geographical location i.e., the middle-east.

Well, for the first time represents of Caliphate have issued a challenge – not a challenge, but a warning to China. ISIS trained Uyghur Muslims have declared a war on China and vowed that ‘rivers of blood’ would flow in China.

Worrying factor is most of them are kids. Of course, for the Daesh using kids to carry out meaningless fights and sacrificing them is ‘sanctioned”. For the first time in the last two decades, the war that enveloped the middle-east had knocked on the doors of the great wall.

Like the same stairs can be used to go up and come down, the grand commercial corridor that China has planned through the heaven on the earth so that it can access seas of Arabs would be used by the army of the Caliphate, so that they can reach the heart of Himalayas at a great speed and in comfort. As was explained in the fairy tale of frog and scorpion, ‘it is the nature of a scorpion to sting”. Scorpion explains to the frog that it too would drown if it stings the frog midway to the other shore. And, when they both were drowning, scorpion provides further explanation: It is my nature to sting.

It is the mistake America did long ago, and the results are there for everyone to see. Just for the sake of opposing Communist Soviets, Americans developed the first batch of Mujahedeen. With Soviet Russia evaporating into thin air, the jobless Mujahedeen turned against their creator. From Al-Queda’s 9/11 to D’aesh’s Syria invasion are the results. The entire Europe that looked on silently while America was destroying all gulf countries in a sequence, is now paying for its silence. Just to prove the moral superiority that never was there, European nations have welcomed migrants only to experience the ugly side of Islamic Terrorism.

Well, feeling it immune to the Islamic expansion, China not only continued its support to Pakistan, but enhanced it in a big way. In the form of CPEC, China had provided Pakistan, the cradle of Islamic Terrorism with the much needed artery to transport forces. Well, China might be considering that it can reach New Delhi in five hours from Tibet if and when there is a war with India. But, considering the population obesity that both India and China suffers from, a war between both countries is unlikely. However, the threat from the middle-east influencing the Uyghur Muslims is real.

Even before a day is completed after the release of the ‘farewell speech’ by the ISIS leader, a video emanated from the out fold of D’aesh in which Uyghur Muslims trained by D’aesh threatened China that ‘Rivers of Blood would be spilt’. Shocking even by ISIS standards is some of the Uyghur guys are simply kids. Normally, kids are drawn into terror outfits after the outfit establishes itself in the country. But, it seems the D’aesh leadership is a ‘visionary’ one; so much so that they have focussed on the next generation of Uyghurs to target China.
China may dismiss the threat considering the might of PRA. But, dealing with terrorists is not the same as fighting with a regular army in a declared war. Like the bee in the ear of elephant irritates to the extent the elephant bangs its head against stones and die, terrorists have nothing to lose, while China has everything. Still Nawaz Sharif and Qamar Javed Bajwa may dismiss the threats of ISIS, but unlike the society of Pakistan, where living human lives are valued less than the comforts in jannat, Chinese people may not be ready to sacrifice their lives for the sake of Uyghur.

It may take a while for D’aesh to gain foothold in China and streamline their activities. But, once they streamline their operations, it Xinxiang would look like an extension of Kashmir. And the multi-lane highways China had paved for the development will be used by jobless youth of Pakistan as per their ‘Look East’ policy. Can China handle such high level of insurgency in one of the most difficult terrains of the world? Will China remove the cloak of its humanistic approach towards Islamic Terrorism and act like the way the Communist China handled Tiananmen? Only time will tell.

As of now, as was mentioned in their mouthpiece, China wanted to have a ‘joint anti-terror action’. However, considering that China had discorded the hate speeches by Hafiz Sayeed and his hand in organising terrorist attacks in India, what China means by the ‘joint anti-terror action’ is not clear. Maybe China wants to ally with the only victim of terrorism in the world, Pakistan to act on any movement of terrorists heading towards Xinxiang. Terror attacks on China or not, the current news is good for Pakistan. As America is slowly withdrawing its financial support to Pakistan, China may replace USA and support Pakistan financially so that Pakistan can fight terrorists – at least when it suits them. To say the truth bluntly, Pakistan Army would be reduced to traffic police who would be guarding the roads of CPEC. I know Bajwa would deny it. He knows who they really are. They would be simultaneously organising highway robberies and protection from those robberies. A highly balanced trapeze only true blue Pakistani Army can do.