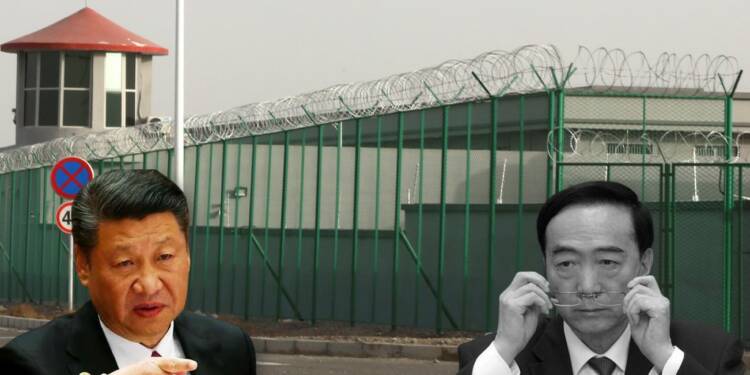 All is not well in China. By China. In Xinjiang, Xi Jinping has given rise to a Frankenstein monster. The genocide against Uighur Muslims is coming back to haunt Jinping and his stooges. International pressure is on the rise, and the United States has put a blanket ban on all imports from Xinjiang. Suddenly, Xi Jinping has realised that his actions are beginning to have detrimental economic consequences for China.

China’s economy itself is not in a good shape. It is under intense duress. Therefore, it is of extreme importance that Xi Jinping lays off some steam now. To that effect, the Chinese despot has found a perfect scapegoat. He is now laying the blame of all that has happened in Xinjiang in the past five years on one man – Chen Quanguo, who was the CCP’s chief in Xinjiang since 2016, and under whom, the cultural genocide of Uighur Muslims began.

Xinjiang is a source of cotton used in clothing and is a key location for producing polysilicon used in solar panels, seen as crucial in the global shift away from fossil fuels. So, Xi Jinping’s incarceration of Uighur Muslims threatens the Chinese economy as the world community steps pressure on the CCP for its abuses. Xi Jinping needed to desperately deflect the blame. And he did so by offering Chen Quanguo as the sacrificial lamb.

The genocide against Uighurs is a brainchild of Xi Jinping himself. He is the man who has orchestrated the forced incarceration of the ethnic minority across Xinjiang. He is the one under whose direction Uighurs are being used as forced labour.

Xi Jinping is trying to convince the world that what happened in Xinjiang, and what continues to this very day, is a one-man job.

Xi Jinping faces a grave test next year. He is hoping for re-selection as China’s President, but chatter suggests the Chinese Communist Party is not particularly enthusiastic as an organisation to give Jinping what he wants without giving him a tough time first. And then, the Beijing Winter Olympics are looming as well. Xi Jinping has thus resorted to an image makeover effort.

He is trying to project himself as the proverbial good boy. To do so, he must ensure he is not held responsible for the anti-Uighur campaign underway in Xinjiang. By axing Chen Quanguo, the CCP General secretary aims to do just that. He wants to show the world that he is, in fact, solving the problem by removing the man “responsible” for the mess in Xinjiang.

Essentially, Xi Jinping takes the world to be a giant ball of foolishness. Unfortunately for him, the democratic world is no longer willing to give China a long leash. His efforts at cleansing himself of all sins by offering sacrificial lambs like Chen Quanguo will not help the man redeem himself. He will have to eventually face the music for his brazen crimes against humanity.