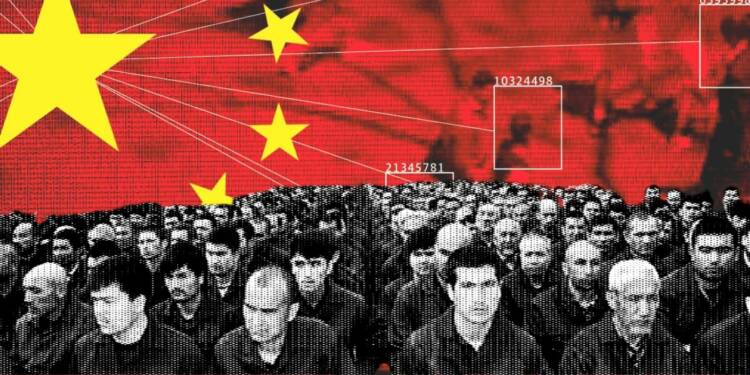 You know that Xi Jinping is serious about becoming the modern Mao Zedong when he is trying to replicate even the worst crimes committed during the Cultural Revolution of Mao Zedong. The current crackdown of the Uighur muslims of Xinjiang brings back the memories of China’s crackdown on Islam of 1975 and its subsequent massacre. And to add to the fears, Islamophobia has spread far beyond the persecuted Uyghur minority.

China’s religious policies are becoming more restrictive, with new laws introduced in 2018 and 2020, putting pressure on Muslim communities across the country. In Xinjiang, Uyghur Muslims, who number about 12 million, have faced increasingly restrictive policies, with an estimated 1 million being detained for what the government terms “re-education” and “counter-extremism training.” Hui Muslims are almost as numerous as Han Muslims, but because of their stronger incorporation into Han-majority China, they are rarely in the news. However, attitudes toward Hui have changed in recent years, and some in the group are concerned about the consequences.

China was at the height of its drive to “smash the Four Olds” in 1968. The campaign to abolish pre-Communist elements of Chinese society—old traditions, old culture, old practices, and old ideas—was carried out across China with fanatical zeal, leaving broken buildings and burned books in its wake.

Mosques were closed in Shadian, prayers were prohibited, Qurans were burned, and most accounts say Han forced Hui to eat pork. One mosque in Shadian was turned into a propaganda base, where Communist work teams allegedly lived, raised and slaughtered pigs, and allegedly threw bones into the well used for ritual ablutions before prayer.

The villagers attempted to forcibly reopen mosques that had been closed during the Cultural Revolution in 1975, worsening the dispute and drawing Beijing’s attention. On July 29, 10,000 soldiers from the People’s Liberation Army were ordered to resolve the conflict, which resulted in a week-long massacre. A series of events followed, culminating in a military assault in July 1975 by a 10,000-strong force of PLA soldiers (with Mao Zedong’s approval) against the Hui people living in seven villages. More than 1,000 Huis were killed and 4,400 homes were destroyed a week later. During the campaign, the PLA used guns, cannons and even aerial bombardment.

It is no secret that China has been employing Uyghur Muslims as forced labourers not just in Xinjiang, but is also shipping them off to other Chinese provinces against their will, where it keeps them in inhuman and prisoner-like conditions, with no freedom whatsoever to even step foot out of the factories or their places of work. The usage of Uyghurs and their children by China as forced labourers in complete contestation of basic human rights is a major reason why the Trump administration was looking to ban imports from the Chinese-occupied far western province.

Over the past three years, China has detained over a million ethnic Kazakh and Uyghur Muslims into what they claim are ‘internment camps’, but what in reality, bear an eerie resemblance to Nazi Germany’s concentration camps. Meanwhile, Muslim Uyghur women are also forced to sleep with CCP officials, mostly of Han descent, as China aiming to execute an ethnic genocide in Xinjiang.

Read more: China exploits Xinjiang for massive cotton and tomato exports. Now Trump is all set to ban them

In 2017, Chinese President Xi Jinping did not mince his words to the 19th Party Congress: The Communist Party will “insist on the Sinicization of Chinese religions and provide active guidance for religion and socialism to coexist.” Hijabs were banned in state institutions such as schools and colleges, hospitals, and government buildings in the months leading up to National Day in October 2019. Except for one government-run school, all kindergartens have closed, with the majority of them providing religious education. The use of Arabic script is now forbidden.

These actions by Xi Jinping and his courtiers are taking the crackdown on the Muslims of China to the next level. However, as most of the information is silenced and removed before reaching the outside world, we are still not sure regarding the extent of the actions by the Chinese authorities. However, taking the leaf out of Mao Zedong’s book means that he is willing to take actions against minority Muslims if it takes him one step closer to being modern Mao.