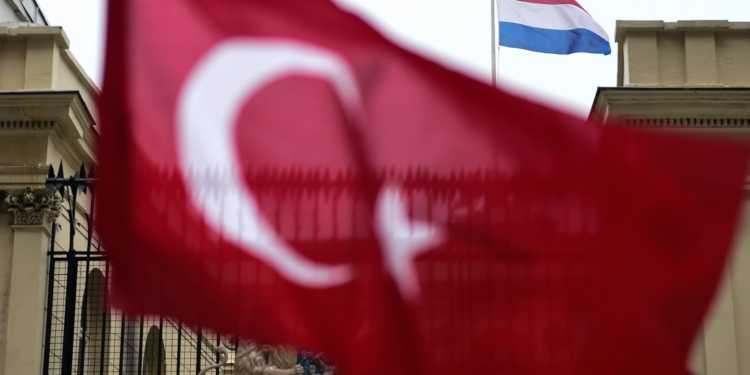 On February 27, 1933 the Reichstag (German Parliament) was set on fire. The Nazis arrested Marinus van der Lubbe, a young Dutch council communist who was caught on crime scene. They put the blame on communists for instigating the young man against the reich. Van der Lubbe was convicted and sentenced to death. Ever since, the historians have debated over the version of ‘Reichstag Fire’ as described by Nazis.

There is wide belief amongst most of the historians that the fire was started by the Nazis to blame the communists for plotting against the German government. This event is pivotal in the rise of the Adolf Hitler who persuaded the then president Paul Von Hinden Berg to pass an emergency decree which would suspend the fundamental rights of the German citizens. After passing the decree, the government arrested large number of communists including the members of Communist Party in Reichstag.

With no opposition the Nazi Party consolidated power and had majority, thus enabling Hitler to consolidate his power. The coup attempt event on the July 15, 2016 in Ankara is also subject to debate by intellectuals. A faction of the Turkish military launched a coup attempt to topple President Recep Tayyip Erdogan’s government. The coup leaders believed it was necessary to overthrow Erdogan to protect Turkish democracy. Erdogan leads the AKP, an Islamist party that has divulged Turkish schools from secular to Islamic curriculum. Not only this, he has restricted Turkey’s freedom of the press and other civil rights.

The coup unfortunately failed resulting in the soaring the popularity of the president who used his power to quash the rebellion just like Tywin Lannister obliterated House Reyne whose Lord perceived Lannisters as weak and wanted to be Lord of Casterly Rock (Game of Thrones fans will understand better). Unlike the Lannisters, who had absolute control over their subjects, Erodgan wants to expand his constitutional powers and have a firm grip over Turkey. As a result he wants referendum to be held for about three million expats living in Europe over the expansion of powers.

This referendum has become bone of contention between Netherlands and Turkey which are engaged in bitter fight signaling deteriorating diplomatic relations.

The crisis began when Turkey dispatched government officials to garner support for the referendum from Turkish nationals residing in the Netherlands. Mevlut Cavusoglu, Turkey’s foreign minister was set to hold a rally in Rotterdam but the Dutch government barred Turkish Foreign Minister from entering the country. Cavusoglu’s plane was blocked from landing citing that the Dutch could not allow any foreign government to use Dutch soil as a platform to campaign for repressive measures at home. Fatma Betul Sayan Kaya, Turkish family minister too was blocked from entering the Turkish consulate in Rotterdam after she jumped the flight restriction by crossing the border into the Netherlands by car. But when she arrived in Rotterdam her vehicle was stopped by the police and she was escorted across the border to Germany.

As a result of this, protests erupted in Netherland where hundreds of pro-Erdogan Turkish supporters protested outside of the Turkish consulate in Rotterdam and chanted “Erodgan” and “Allahu Akbar”.

The protest soon turned violent forcing police to disperse the crowd with water cannons. The Turkish government is accusing the Netherland’s government of fascism and threatening to take them to the European Court of Human Rights. Dutch voters will be casting votes on Wednesday for national elections where far-right movement is gaining momentum just like France. Keeping this in mind, Dutch Prime Minister Mark Rutte banned Turkey ministers from entering the country which would be seen as a step to counter growing Islamism in Netherlands.

Last week, the German government too barred Turkish ministers to stay away from similar gatherings in Germany, but eventually bowed down to the pressure from their Turkish counterparts.

At a rally in Istanbul, the Turkish president condemned actions of Dutch government by calling it a “banana republic” and compared its actions with those of the Nazis. Ironically, Turkey’s reputation precedes it for jailing academics and journalists who oppose the government’s policies.

However, Turkey’s own election law forbids its ministers from campaigning abroad. Turkey is a Muslim country and if Turks abroad feel oppressed and mistreated, there is a greater chance that the Turkish expats will vote yes in a referendum for a leader who seemingly is looking out for their best interests. The conflict with the Western nations could help Erdogan’s propaganda to expand his presidential powers and become sole leader of Turkey. In this hunt for power, it is ultimately the Turk expats that are being hunted. They are in the midst of crisis that seems to get worse.