The deceitful world of “free” and “equal” Cuban Healthcare system 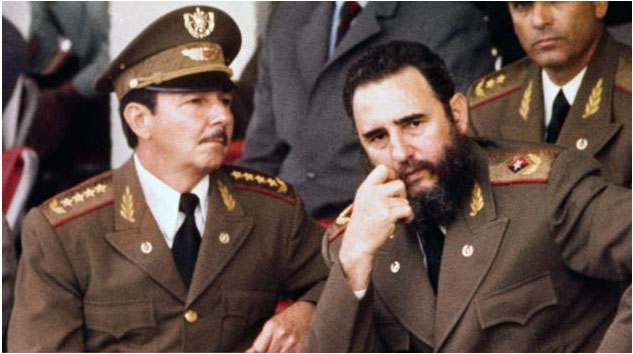 In 1959, Cuban leader Fidel Castro (1926-2016) established communist rule in Cuba after overthrowing military dictatorship of Fulgencio Batista who was perceived to be a puppet of USA. Castro promised Cubans to free them from the gloomy chains of oppression, illiteracy and poverty in return for their support for the revolution.

After taking the power he shut down free press, jailed thousands of political opponents and made no move toward elections. Not only this he limited the amount of land a person could own and abolished private business. In 1960, Fidel Castro nationalized all U.S. owned businesses. To the world it was clear that winds of communism were blowing in Cuba but Castro never accepted it publicly for some period after revolution.

In 1961, Castro publicly declared himself a Marxist-Leninist who was trying best to get rid of problems Cubans were facing by following the footsteps of Lenin. No wonder Cubans never got what they were promised. However, Castro was lauded for improving the healthcare system of Cuba but it’s one of the greatest fallacies about the so called ‘Cuban Revolution’.

Cuban doctors’ international volunteerism is often praised by the world for their social service. United Nations former Secretary General Ban Ki-moon once said Cuban doctors are always the first to arrive in a crisis and the last to leave. It won’t be wrong to call the sham volunteerism a money-making marketing campaign.

Cuba’s foreign medical program is a huge moneymaker which brings approximately $2.5 billion per year to the cash-strapped nation facing sanctions by USA. With more than 50,000 Cuban health professionals working in 68 countries around the world ‘the doctor export program’ has created a dearth of medical practitioners in Cuba.

To promote medical tourism hundreds of child victims of the Chernobyl nuclear disaster who were left without proper medical attention after the collapse of the Soviet Union were invited to Cuba by Castro. Thousands of Cuban doctors go to Venezuela to provide primary healthcare there. The duration of the tour lasts a minimum of two years and they are paid approximately $50 a month plus living expenses.

In return Hugo Chavez, Venezuela’s president, sends Cuba petrol which can be sold for hard currency (US dollars) in the markets.

Cuban healthcare can be classified into three: One for foreigners who can pay with hard currency, one for Cuban elites (government officials, celebrities, etc.), and one for the common people. Socialism gained popularity because of its tenet that everyone is equal regardless of the class. But in reality it does nothing to fix the inefficiencies of capitalist system and merely spreads misery to the people. Foreigners, who visit Cuba, are often fed with “All Cubans are now able to receive excellent healthcare, which is also free” but “All animals are equal but some are more equal than others” is more apt to the real situation.

Castro has built excellent health facilities for the use of foreigners who pay hard cash for those services. One example is of Argentinean soccer star Maradona who has traveled several times to Cuba for medical treatment.

In Cuba every square block is assigned a family doctor who lives in a small, two-storey house in the neighborhood. The bottom floor is used as a clinic to receive patients and the top floor becomes the doctor’s living quarters. It is the duty of that doctor to ensure that every child receives proper vaccinations and every pregnant woman has a monthly check-up.

The doctor prescribes the medicine which can be purchased for free at the state-owned pharmacies. If a patient is in critical state and he requires advance healthcare then he or she is referred to a specialist at a public hospital.

During the cold-war era when the Cuban government received generous subsidies from Soviet Union, the system worked well. But after the collapse of Soviet Union the subsidies ended and Cuba’s economy degraded year after year which had its impact on healthcare system. The system is gradually decaying by termite of corruption. Many medicines that cannot be found at a pharmacy are easily available in the black market. Some doctors, nurses and cleaning staff smuggle the medicine out of the hospitals to make few extra bucks. Although medical attention is free, patients bring their doctors food, money or other gifts (bribes) to guarantee an appointment for health checkup, X-ray, blood test or operation.

After the death of Fidel Castro last year there were chances that Cubans would be once again on streets chanting “Viva La Revolucion”. Yet, there have been no major protests on the streets of Havana, no popular uprising against the ruling Communist Party. Castro made sure his socialist revolution would continue by transferring power in 2008 to the one person he knew would continue what he started — his confidante and younger brother, Raul Castro. Raul made some significant reforms by opening economy and allowing people to run their businesses.

The Cuban system works on the social apparatus developed by Fidel Castro and people continue to follow his ideals. There are many challenges Raul Castro is facing and to overcome them he needs to be audacious and shatter that apparatus if it needs to be.

Indian Feminists – Oblivious to realities, logic and the state of womenfolk in neighboring countries