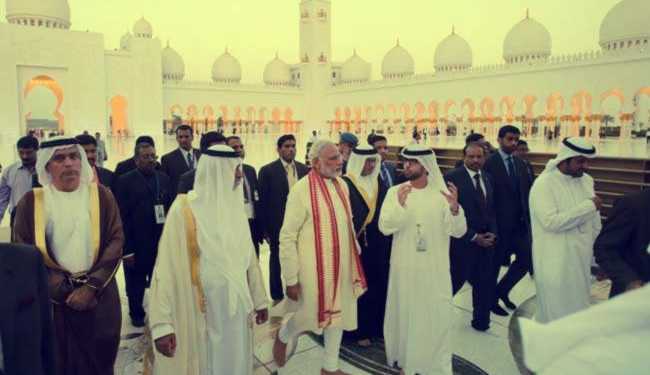 The current situation in the Arabian Gulf where Saudi Arabia, Bahrain, UAE and Egypt have snapped ties with Qatar gathers major interest from across the world. India can be very successful in negotiating peace and alleviating tensions because of the credibility that India brings to the table in terms of its own society, economy and culture. Also India’s interest and friendship with the West Asian nations has always been consistent despite the shifting stand and loyalty of the US since the 80’s. It is due to these reasons the West Asian nations should look forward to a new face in the mediation, especially with a nation which is not only economically but also socially invested in the region so as to have a meaningful outcome. At this given point in time, there does not seem a substitute to India to peacefully resolve the Gulf region crisis.

More than 6.5 million Indians living across the West Asia is quid pro quo enough for India to be a close observer of the Gulf politics and its implications. One may argue that the status of Indians in the whole of Arabian Peninsula is questionable for India to position itself as a formidable mediator. This argument is an argument of the past which dates back to the Gulf War days.

India has slowly but surely not only increased its presence in the Arabian Gulf as workforce, but has prospered economically and strategically in placing a cultural tie and link with the GCC nations. Some of the richest people in the West Asia are Indians. The status of Indians has significantly changed after the Yemen rescue operations. While Yemen was going through its Arab spring crisis, Saudi and Qatar sought after the Indian government’s rescue operations in Yemen which not only saved Indians but various other nationalities as well.

India has thus sent a strong message of its sincerity towards its nationals which is by now well registered by the Arab world. With about 15% or more of Indian population across each of the conflicting gulf states, India for the sake of its own people should show a great deal of interest in the conciliatory process for them.

India is the second largest Muslim population in the world. Yet, thanks to Pakistan India is not a member state of the Organization of Islamic Cooperation (OIC), not even an observer member. The reason Saudi Arabia and Iran hold a special status on the stage of the Islamic audience is because of their pride of being symbols of Sunni and Shia populations. Turkey follows suit because of its self-proclaimed status as the biggest Islamic democracy.

India, as a matter of fact should assert itself and leverage its position as the second largest Muslim population to hold religious, and social influence over the Islamic world. A democracy with such large Muslim population is an example in itself for the rest of the Islamic world to learn and live. And the perfectly imperfect democracy that India is as a nation, only adds merit and credibility to India’s status as a genuine party to the Islamic world and its issues like status of females in the society to terrorism. It is here that India should be looked as a sympathizer to their social and cultural disputes.

India’s reasons for being a fair and unbiased partner is because of its economic interests with Saudi Arabia, Iran and Israel. Saudi Arabia is the largest supplier of crude to India. Iran and India sharing its trade interests with the development of Chabahar port. India being as one of the biggest purchasers of defence equipment from Israel.

This only confirms that India will be a very serious player in maintenance of peace and harmony across the Gulf region.

Any instability in the GCC region would have a fairly direct impact on the Indian economy. Thus, India could be a perfect pivot of peace in these vulnerable times and it is for the Gulf region to acknowledge and appreciate before it is too late.

Given the American presence in West Asia and now even the Russian presence growing, it is inevitable to be concerned as an Arab state. America is omnipresent in the Gulf region (Qatar being an American military base) and there is nothing that can be done about it. But given the diminishing interest in the intervention of foreign disputes by the Trump led American administration, India’s involvement and participation as a mediator in the region’s disputes will be the best possible choice for all the nations at stake, including the USA. The GCC should rather prefer India as formidable mediator than any other nation due to its non-aligned political interest internationally.

The once upon a time Non Aligned Movement policy which had pushed India out of international political relevance until the 90’s could probably hold favour for its fairness in reaching a concrete solution in such crisis today and in future. India’s vested interest would be to reach a situation of peace, for the sake of the nations and the Indian nationals residing in these nations.

India should optimize its geopolitical standing in the Gulf region, where China’s political presence seems negligible. India has consistently tried to make its mark in the East Asian politics, say with Malaysia, Vietnam and Thailand, and yet it emerges as second best due to China’s deep rooted involvement right after the Cold war.

It is here, in the West Asia, where India is a natural ally to many of the nations and its interests.

It is about time India harbours on these interests and take a centre stage in partnering peaceful dispute resolution and building stronger ties across the Arabian Peninsula.

India should thus, seize the Gulf region crisis as an opportunity to redeem itself in the fora of international politics. Also the West Asia should start looking up to a nation with which it has geographical, social and economic proximity. It is clear that there is a significant lockout and apart from the USA, India is the only other nation which has its deeply embedded economic and social interests throughout the West Asia. The fundamentals of our nation’s foreign policy (Non-Aligned Movement), which was once considered as a curse, should now be a blessing in disguise for its fairness and equity. It is only appropriate for India to participate in the resolution as India’s interests lying across all the nations in West Asia and more importantly their interests lying with India are quite equal.

Shocking! UK Authorities had all the intelligence and info, they still allowed London Bridge attack to happen