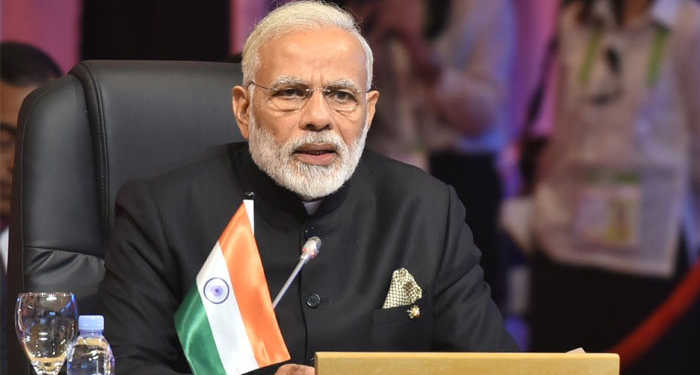 This year had seen India hosting the ten ASEAN leaders during the Republic Day celebrations in order to mark the 25th year of Indo-ASEAN multilateral ties. The historic gathering had come just a couple of months after Prime Minister Modi had visited Manila to attend the ASEAN summit. These developments had suggested a historic closeness between India and the South East Asian body.

The developments were watched closely with great enthusiasm primarily because of India and ASEAN seem to be sharing a common concern, i.e., Chinese hegemony in the South China Sea. PM Modi had given signs of supporting the ASEAN nations in his speech at the ASEAN summit held in November 2017. China’s aggressive build up in the region was one of the primary agendas of the summit. At such a time, the Indian Prime Minister had stated that,“India assures the ASEAN of its steady support towards achieving a rules-based regional security architecture that best attests to the region’s interests and its peaceful development.” This hinted at a convergence of Indo-ASEAN ties as ASEAN has been pushing for a rules-based security infrastructure in the disputed waters. However, China has been opposing any such legally binding code and has asserted in the past that it will resolve the dispute with respective countries under a bilateral mechanism.

India had made veiled yet strong references against China as far as the South China Sea dispute is concerned, and had also extended full support to the demand of a legally binding code to govern the conduct of all stakeholders in the Sea. Many were anticipating that India and ASEAN will use the Shangri La dialogues to push ties further and take things to the next level.

However, Prime Minister Modi’s speech at the Shangri La dialogues was slightly subdued in comparison to what was predicted. There was no veiled attack on China, and quite to the contrary, he asserted that better Indo-China relations are in the greater interest of Asia and the world. He went on to suggest that India and China have displayed maturity in handling disputes and ensuring a peaceful border. These ‘positive’ comments were welcomed by the Chinese. Perhaps, these comments were made in view of informal talks between the Indian Prime Minister and Chinese Premier Xi in the Chinese city of Wuhan on April 28 and 29.

However, India has quietly cemented very close ties with the regional organisation without much fanfare. India, which shares an intimate cultural connect with these countries, has now forged close strategic ties with all the ASEAN member. India has therefore thrown a challenge in the face of China by joining hands with the ASEAN nations. At the forefront of this development is the pact with Indonesia giving India economic and military access to the Sabang port. The port is strategically located overlooking the western entrance to the Malacca Strait, which caters to mammoth volumes of oil cargo. India also entered into a pact with Singapore concerning logistical support for naval ships, submarines and military aircraft. Apart from this, PM Modi’s visits to Indonesia and Malaysia must also be seen as indications of growing strategic closeness between India and ASEAN. It seems that while not much happened at the Shangri La dialogue, India and ASEAN have gone ahead forging strategic and close relations with each other. This is another feather in the cap of PM Modi as far as foreign policy is concerned.