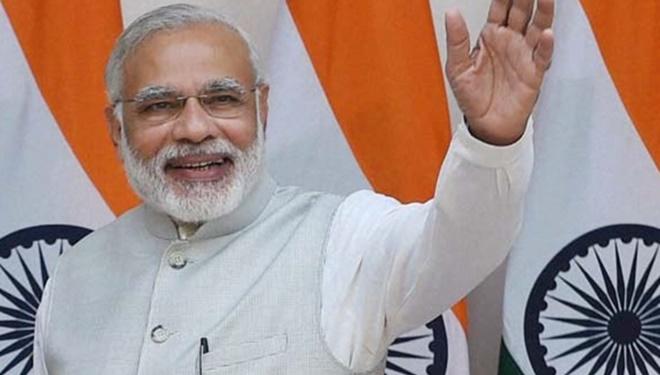 Prime Minister Narendra Modi will be visiting the strategically located island nation of the Maldives for the first time on November 17, 2018. The Ministry of External Affairs has confirmed that he will be attending the swearing-in ceremony of the new President elect, Ibrahim Mohamed Solih, after receiving an invitation for the same.

In a relief to the democratic forces of the world, Ibrahim Mohamed Solih obtained a clear victory in the September 23 elections in the Republic of Maldives. “Ibu” of the Maldivian Democratic Party was made the presidential candidate after Party President Mohamed Nasheed withdrew citing his disqualification under the Abdulla Yameen government which he also pointed as “illegal”. This election result with over 89.2% voter turnout is reflective of India’s influence in the neighboring country after fears over the despotic Abdulla Yameen’s rule began gaining ground. Backed by religious extremism, Yameen government pursued a pro-China policy tilting the scales to such a degree that it triggered a severe diplomatic crisis in New Delhi.

CLOSENESS WITH INDIA OVER THE DECADES

Relations with India were established right after independence from the British in 1965. Maldives viewed India as a counterbalance to Sri Lanka and as a source of aid. India and Maldives signed a Comprehensive Trade Agreement in 1981 and are founding members of the SAARC. They also amicably settled boundary disputes and are early signatories of the South Asian Free Trade Agreement.

One of the most crucial phases of Indo-Maldivian relations emerged in 1988, when the Indian Army’s “Operation Cactus” foiled a coup in the Maldives attempted by armed militants of the People’s Liberation Organization of Tamil Eelam. Within 12 hours, 1600 Indian soldiers arrived to neutralize the militants. President Yameen in an interview had expressed his recognition of India’s instantaneous action, which was also hailed by the world community, stating that the Maldives would have lost independence if India had not intervened.

Intensive cooperation in economic and social development of Maldives and also in defense has been a characteristic trait of the relationship between the two countries. There has also been an abundance of goodwill gestures over the decades. When in 2014, a fire destroyed Male’s biggest water treatment plant, triggering a drinking water crisis- India dispatched bottled water in heavy lift aircrafts and also sent naval ships installed with desalination plants.

Legendary Chinese leader Deng Xiaopeng had envisaged his vision to expand Chinese hegemony to other regions. The Indian Ocean region is paramount to China within which it not only aims to establish a safe passage for their trade with new-found allies in Africa but also to counter its only and possibly a major rival in the region, India.

In the Maldives, within less than a decade, China has made huge investments and is pushing for infrastructure development projects including a bridge between the Capital island, Male and the island with the airport, Hulhumalé. Maldives is also part of China’s Maritime Silk Road Project despite India expressing its reservations. Besides, China desires to set up a military base in Maldives, after leasing out an island under a liberalized leasing scheme ushered in by Yameen. Further, in a giant setback to Indian diplomacy, Male’s first Free Trade Agreement with any country was signed with China in 2017. It is also China’s second FTA, the first being with Pakistan. The document of more than a thousand pages was signed off after only an hour of discussion in the parliament. Fears of crippling debt and the subsequent risks to the nation’s sovereignty were echoed by the opposition and the international community alike.

In February 2015, the first democratically elected President, Mohamed Nasheed, was arrested on terror charges and sentenced to 13 years of imprisonment. He was forced out of power in 2012 and since then Yameen, ruled with rigorous control. In 2013 he won a shock victory with just over 51% of the vote, amid allegations of a rigged election. He then jailed the Chief Justice of the Supreme court along with his eighty year old half brother and former ruler of thirty 30 years, Maumoon Abdul Gayoom.  He declared a state of emergency preventing the parliament from removing him.

Yameen’s rule was viewed with grave concerns for Maldivian sovereignty and its economy. Chinese investments and assertiveness had grown manifold and to the extent that the Maldives owes 80% of its foreign debt to China which is also 25% of its GDP.

Amid arrests of opposition leaders and the political turmoil, Narendra Modi cancelled a visit to Male in 2015, while visiting all other friendly countries in the Indian Ocean Region leaving the Maldives to be the only SAARC nation not visited by the Prime Minister. In June, 2018, the Maldives blocked work permits to Indians and asked India to take back its two helicopters and 48-member crew from Male. In the same month, India not only voted against it at the UN Security Council for a non-permanent seat but also ensured that it loses by a colossal margin, to Indonesia. India also reduced restriction-free imports to Maldives indicating its strong stand against the political turmoil in the country, increasing tensions.

Yameen’s utter disregard for democratic values and calls from the opposition for military intervention had put New Delhi in a spot. Hence, the September 23 elections were being closely watched. India’s patience proved worthwhile with the favored opposition’s overwhelming victory.

Abdulla Yameen of The Peoples Progressive Party, after accepting defeat in the September 23 elections, retracted and rejected the election with his party terming it as the “most farcical election in living memory” and raised unsubstantiated claims about the election in a petition filed in the Supreme Court. This act was condemned by the international community. Hundreds of Maldivians took to the streets to demand his arrest but even as he prepared to step down he expressed his lack of regret for any of his actions as president and asserted that it was all in the interest of the nation.

TESTAMENT TO RAW’S CAPABILITIES IN THE IOR?

In 2015 Sri Lankan president Mahinda Rajapaksa was voted out of power in a shocking loss to Maithripala Sirisena. Rajapaksa’s rule had seen a bloody war conclude against Tamil Eelam militant groups but his image was tainted for Human rights violations and extrajudicial killings by Sri Lankan forces. Shunned by the world community including India, Rajapaksa found a friend in China, a super power that only means business. Rajapaksa pushed Sri Lanka into billions of dollars of debt to China, putting its sovereignty at risk despite being cautioned by India. But it was when Chinese submarines docked in Sri Lanka twice, that is alleged to have marked the turning point in India’s approach. When the station chief of the Research and Analysis Wing of India was expelled from Colombo, suspicions over its role in the 2015 elections were viewed to be vindicated, amid allegations of the agent being closely involved in assisting the opposition through the election campaign.

Similarly, with New Delhi’s concerns rising to the extent of contemplating a military intervention in the Maldives, a covert hand in restoring India’s strategic interest in a peaceful manner, may or may not have skipped approval.

SIGNIFICANCE OF THE INDIAN OCEAN REGION

The Indian Ocean is the economic lifeline of two Billion people in the region. Its two major strategic chokeholds: the Strait of Hormuz in the west and the Strait of Malacca in the east are incredibly important as they control 80% of the world’s oil transit. All major superpowers and regional powers have their eye on the region and its various island and coastal nations find their geopolitical significance unravelling. India’s Lakshadweep Islands and Andaman & Nicobar Islands grant it vast areas of control in the ocean. The US naval base on the Mauritian atoll Diego Garcia can keep a check on targets as far as Afghanistan and Iraq. But growing assertiveness of China in the region has required India to up its game.

The NDA government’s foreign policy in the Indian Ocean region is unfolding to be a success. The Maldives has a crucial strategic location in the Indian Ocean along the major sea lanes of communication. With Abdulla Yameen packing his bags, China’s good run in the Maldives may for now come to a halt. Preventing China from adding another one to its “string of pearls” with which it intends to encircle, with its naval presence, the entire South Asia, has been India’s desperate goal. India’s “infrastructure development” agreements with Mauritius and Seychelles for their Agaléga island and Assumption island respectively, are indicative of the initiation of Modi’s diplomatic success in capping China’s assertiveness, with India’s own foreign naval bases. Acquiring an airport in Hambantota, Sri Lanka, even though a desolate one, assures Indian presence close to the upcoming Chinese naval base delivering some respite to India on its quest to contain a belligerent China’s growing influence.

Besides, the resolute Modi government, exhibiting crucial decisive traits, has signed two major agreements with the USA- the Logistics Exchange Memorandum of Agreement (LEMOA) and the Communications, Compatibility and Security Agreement (COMCASA) which, among other things, will help push the Chinese menace back from the Indian Ocean Region.

It is important to closely watch the events unfolding in the Maldives- how the new regime deals with Chinese debt and whether it takes steps to reverse the FTA with China or not. It must also act against growing Islamic extremism. For India, reinvigorating investment and raising exports to the Maldives should be a major objective, besides stabilizing the region and dealing diligently with Chinese advances.

Saudi women are protesting against mandatory Abaya in an unique way