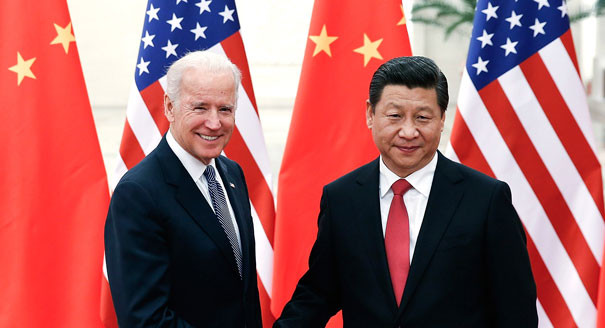 Chinese President Xi Jinping has finally congratulated Joe Biden, over the latter’s purported US Presidential polls victory. According to Chinese State news agency, Xinhua, Jinping said, “Promoting healthy and stable development of China-US relations not only serves the fundamental interests of the people in both countries, but also meets the common expectation of the international community.” It seems that owing to recent developments, Jinping has hurried into wishing Biden and now a major diplomatic setback might await him.

This brings us to the question why Xi has suddenly chosen to wish Biden? It is not lost on us that China has made the first big attempt to embrace Biden, only after Biden nominated his cabinet picks. A particular name that has cropped up is that of Jake Sullivan, who has been nominated as the next US NSA by Biden. Sullivan is known to have advocated China’s “rise” in the past.

Xi was most probably done in by the names in Biden’s purported cabinet. The names are affable for China, because there are no anti-China hawks unlike the Trump administration which is high on anti-China rhetoric. The Chinese President might have misinterpreted Biden’s cabinet nominations as a subtle hint of the Democrat leader going soft on Beijing even before the US polls get formally decided.

Xi Jinping has been given some really tough time by the US President Donald Trump. He is therefore ready to cling on any source of support that he can find. Therefore, the Chinese President went out of his way to make some extraordinary remarks while congratulating Biden.

As per Xinhua, “Xi said he hopes that the two sides will uphold the spirit of non-conflict, non-confrontation, mutual respect and win-win cooperation, focus on cooperation, manage differences, advance the healthy and stable development of China-U.S. ties.”

So, here is the real deal- Xi thinks that by nominating officials who have a tendency to get caught up in regime change wars in the Middle East or lock horns with Russia, Biden is essentially letting China go. Xi thinks that this is the time to publicly befriend Biden.

However, while it is certainly true that Biden is bringing back the interventionist lobby to Washington DC, Beijing might have miscalculated what the future holds in store for US-China relations.

In fact, during his campaign trail, Biden tied himself on the issue of a China policy. He vowed before the American electorate to go tough on China. The Democrat leader even referred to Xi Jinping as a “thug” on more than one occasion due to China’s dubious human rights violations track record.

Also, it is fair to say that there are signs of bipartisan consensus building up within the US on the China front. The only policy that Biden can actually follow on the China issue is that of isolation. Biden might have a sense of affinity for China, but he will never be able to bring Beijing in from the cold.

Xi Jinping’s premature bid to embrace Biden is thus going to hurt him profoundly. Xi has taken a big risk by going out of his way to embrace Biden diplomatically, but Biden won’t be able to return the favour even if he comes at the helm of affairs in the White House.