With one move France has rattled Turkey and Azerbaijan 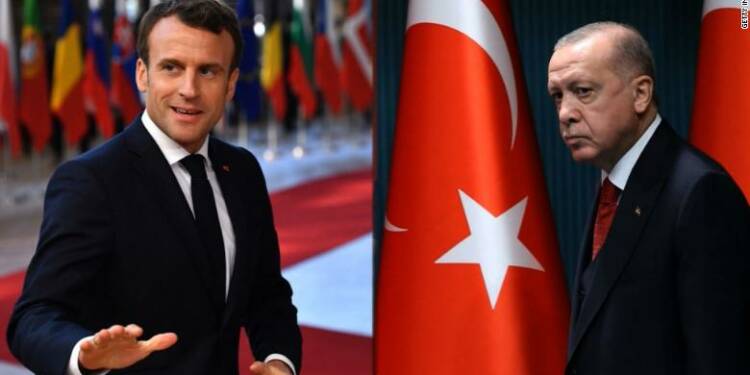 Just when everyone thought that Azerbaijan and Turkey might have humbled Armenia during the recent military hostilities in the Nagorno-Karabakh region, France has come up with a bold move that has rattled Ankara and Baku. In fact, both Turkey and Azerbaijan have suffered meltdowns and have issued rhetorical statements condemning France.

Till now, it seemed as if Armenia was forced into an abject surrender. Turkey-backed Azeri forces were gaining formal control in parts of the disputed Nagorno-Karabakh region. But Paris has made it clear that it won’t let Azerbaijan and Turkey get away so easily. With the French Senate’s adoption of a resolution to recognise Nagorno-Karabakh’s independence, it seems that Macron will push for the disputed region’s right to self-determination.

Azerbaijan’s Foreign Ministry issued a statement on Wednesday that read, “First of all, we would like to note that the proposal for a resolution on ‘The need to recognize the Nagorno-Karabakh Republic’ adopted by the French Senate was put forward by a group of overtly pro-Armenian senators.” Baku also called the French Senate resolution “biased” and “provocative”.

Azerbaijan claims that Nagorno-Karabakh is a part of its territory. Therefore, it suffered a major meltdown, following French Senate’s resolution. Turkey, on the other hand, has been playing bigger games in the South Caucasus region.

Turkey lacks a direct link to Central Asia, a region considered to be Russia’s sphere of influence, and the only roadblocks are Armenia and the Nagorno Karabakh Republic. Attacking Armenia and letting Baku take control of the Nagorno-Karabakh region was thus a part of Erdoğan’s dreams to unite the Turkic world from Central Asia to Turkey under Ankara’s leadership.

The French Senate resolution is, of course, an indication of how Macron can ruin Erdoğan’s Turkic dreams. Therefore, Ankara too has issued a brash statement reading, “This decision of the French Senate is a clear indicator of why the (Organization for Security and Co-operation in Europe) OSCE Minsk Group, led by co-chairs that have to be impartial, has provided no solution while being biased.”

If you are wondering why a French Senate resolution is bothering Azerbaijan and Turkey so much, then you must understand that we are not talking about any ordinary power here.

It, of course, needs no emphasis that France is the second most powerful nation in the Brussels-based European Union, next only to Germany. Also, France is a permanent United Nations Security Council (UNSC) member, and neither Turkey nor Azerbaijan would be able to take on Paris if Macron actually decides to push for Nagorno-Karabakh’s right to self-determination and independence.

However, even more importantly, France is one of the most influential powers when it comes to the disputed Nagorno-Karabakh region. It is a co-chair of the Organization for Security and Co-operation in Europe (OSCE) Minsk Group, which was created in 1992 for finding a peaceful solution to the Nagorno-Karabakh dispute.

In the context of the recent hostilities in Nagorno-Karabakh, Macron has been able to reinvigorate the Minsk Group along with other co-chairs, Russia and the United States of America. While Azerbaijan and Turkey would want to believe that they have been able to overwhelm Armenia, the fact remains that Nagorno-Karabakh remains a disputed region and the Minsk Group is the one that will finally decide its fate.

In fact, Baku is so rattled that on Thursday, Azeri lawmakers even called for France’s expulsion from the Minsk Group.