The desperate move of a losing Gambler: China wants ASEAN to save Pakistan so that China could save its CPEC investments 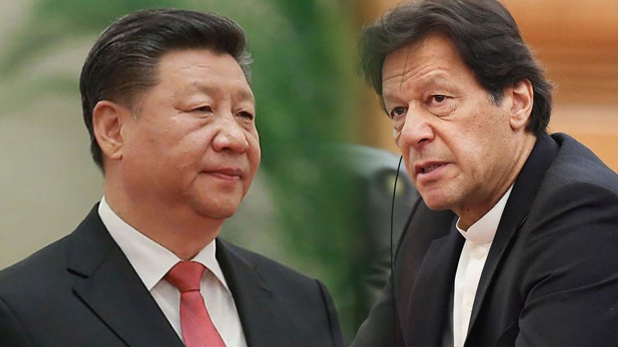 With Xi Jinping at the helm of affairs, China has made some really unfeasible investments all across the world. But nothing illustrates the reality of unsafe Chinese investments more appropriately than the China–Pakistan Economic Corridor (CPEC). CPEC is a part of Xi Jinping’s Belt and Road Initiative (BRI) wherein China has filed out loans to the Islamic Republic of Pakistan for all kinds of infrastructure projects including dams, roads and power plants.

CPEC was supposed to be China’s gateway into Pakistan. But Islamabad has turned out to be a terrible borrower that keeps demanding more loans without any capacity to repay them. And now China is looking at absurd arrangements to somehow salvage the CPEC which is already estimated to be worth 87 billion US dollars. China is trying to build a China-ASEAN-Pakistan trade triangle in order to recuperate Pakistan’s economy and give a fresh lease of life to the CPEC.

Pakistan participated in the CAEXPO as a Special Partner Country for the first time. And Wang went out of his way and expressed hope that Pakistan’s  Trade and Investment Promotion Conference held on the sidelines of the expo would introduce Pakistan’s “vast market” to entrepreneurs in China and Southeast Asia.

According to Global Times, the Pakistani Ambassador and CAEXPO Secretary-General discussed ways to enhance Islamabad’s footprint in what the CCP mouthpiece described as the “premier trade and investment platform.”

Pakistan literally has nothing to offer to Southeast Asian nations, which are currently at the centre of the Indo-Pacific region and fast becoming the strategic hotspot of the world owing to US-China rivalry. However, China wants to somehow bring Islamabad into the loop and get the ASEAN to somehow save Pakistan’s miserable economy.

Wang himself disclosed that Pakistan would remain a part of the 18th CAEXPO in 2021, as a Special Partner Country. Islamabad that stands diplomatically from the rest of the world is going head over heels. After all, a Pakistani diplomat rarely gets invited to a multilateral platform and, therefore, it is no mean achievement by any stretch of the imagination.

So, Moin ul Haque tweeted, “Pakistan has been invited to attend the 18th Session of CAEXPO next year as well as a Special Partner Country. Great news! Hopefully, we would have overcome Covid19 pandemic by that time ensuring a high level substantive and meaningful participation of Pakistan.”

Pakistan has been invited to attend the 18th Session of CAEXPO next year as well as a Special Partner Country. A great news!

Hopefully, we would have overcome Covid19 pandemic by that time ensuring a high level substantive and meaningful participation of Pakistan. https://t.co/Viopx5uXry

Despite Pakistan’s infamy as a terrorist nation, China wants to somehow pull Islamabad into the mainstream. And Beijing does have its reasons for doing so. The CPEC is becoming a White Elephant for Xi Jinping. Originally, it was valued at 46 billion US dollars, but now it could be as big as 87 billion US dollars. But Pakistan doesn’t have the money to repay, as Islamabad’s Arab godfathers too have abandoned it.

If something is not done about Pakistan, then China might have to as well lose any hope of recovering billions of dollars that it has gambled thoughtlessly under the CPEC.

But China’s solution to its CPEC woes is just as hilarious. It wants to woo the ASEAN into uplifting Pakistan, and pave way for what Global Times calls “three-way cooperation”. Why does China think that the ASEAN would be even remotely interested in cooperating with a failed State like Pakistan at any possible level? When the ASEAN can cooperate with the QUAD comprising India, Japan, the US and Australia, why would it even bother to acknowledge Islamabad’s inconsequential existence?

Bringing Pakistan at a common platform with ASEAN, thus reeks of China’s utter desperation even as it can sense that the CPEC is going to the dogs.