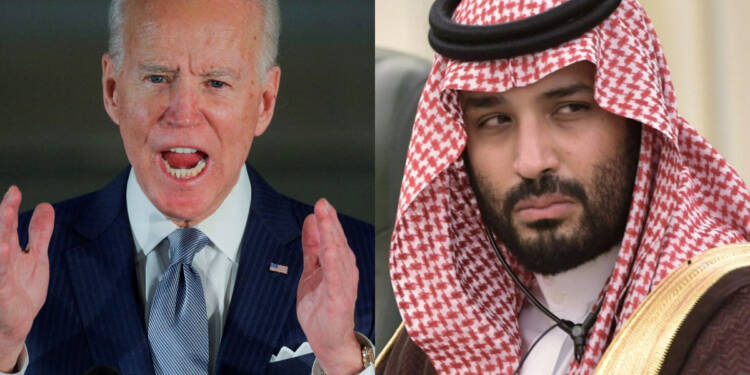 Saudi Arabia has once again sent a straight message to the USA, stating that the Gulf States must be consulted before the United States tries to revive the Nuclear Agreement with Iran. The Saudis said this, warning that this would be the only path towards a sustainable agreement. This is the most direct and no-nonsense comments by Riyadh in relations to the possibility of the next President in the USA trying to restart Joint Comprehensive Plan of Action (JCPOA) was negotiated during the presidency of Barack Obama and Donald Trump withdrew from it in 2018.

The Saudis have been sending signals all the while, as they have come to an understanding that the Biden presidency can be a possibility. Joe Biden is the former Vice President of Barack Obama, and if and when he becomes the President, he is sure to resurrect the Iranian Nuclear Deal. He has also made subtle hints during the past few months when on the campaign trail. These promises do not go down well with his allies in the Middle East, be it, UAE, Saudi Arabia or Israel. This time, Riyadh has sent a plain warning to the USA, stating the obvious, that is, any shift from Trump’s foreign policy in the region may well lead to losing allies.

Earlier too, the Saudis have been miffed at the US because they have maintained a strategic distance from the struggle among the oil-producing countries in the region and its promises seem like a betrayal to the Middle Eastern allies. Saudi Arabia thus decided to send signals to the USA to understand that there can be consequences if there are attempts to unilaterally change the status quo, even if it is aimed at improving of bilateral ties with Iran.

Read more: Saudi Arabia’s message to the US: Stop challenging us or we will challenge your dollar hegemony with China.

“Primarily what we expect is that we are fully consulted, that we and our other regional friends are fully consulted in what goes on vis-a-vis the negotiations with Iran,” Saudi Foreign Minister Prince Faisal bin Farhan told AFP news during the security conference in Bahrain’s Manama on Saturday.

Trump administration has been a true friend of its allies in the Middle East; it knew from the get-go that Iran Nuclear Deal was a facade of an agreement and instead of providing Tehran with space and money so that it can develop nuclear capabilities. It thus, went ahead and got out of the deal, and imposed sanctions thus, de-tooling Iranians to halt their progress as any realist would do.

The Biden Administration in an effort to prove the Obama era decision right can end up betraying its allies in the region. And for this very reason, Saudi Arabia has gone a step further to verbatim lay the warning forward. The Saudi Foreign Minister has said and made it clear that any attempts to sidestep Middle Eastern allies to reach a deal with Iran may have irreversible consequences and to be saved from them, the USA needs to consult with the Saudis before undertaking any such venture.

As member countries fight over Pfizer vaccine, EU stands at the brink of losing its East to a very willing Russia