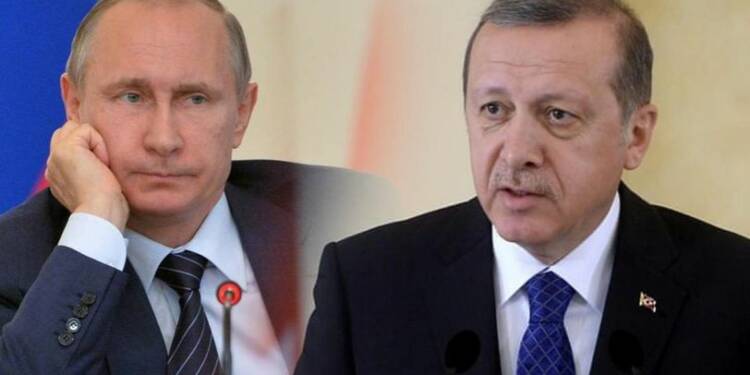 When it comes to Russia or its President, Vladimir Putin, the world interprets Russian firepower as a sheer military muscle, or at best, manipulative cyber warfare. Diplomatic subtlety and astute foreign policy manoeuvres are rarely attributed to the Kremlin. But Putin might have just played a sharp diplomatic move on Ankara, by isolating Erdoğan’s Turkey in all conflict areas including the Eastern Mediterranean, Libya, South Caucasus and Syria.

TASS, the largest Russian news agency, has reported that UAE Foreign Minister Sheikh Abdullah bin Zayed Al Nahyan would hold talks with his Russian counterpart, Sergey Lavrov, in Moscow on Monday. This is a part of the larger Russian strategy to isolate Turkey in the Middle East by pitting all stakeholders like Iran, France, the UAE, Cyprus and the US against Ankara.

Official representative of the Russian Foreign Ministry Maria Zakharova disclosed that the Ministers of the two countries intend to discuss the developing situation in the Middle East and North Africa.

The Russian Foreign Ministry has stated, “Russia and the UAE are consistent supporters of the settlement of conflicts and crises in this strategically important region of the world using political methods, through an inclusive dialogue that takes into account legitimate interests and concerns of all parties involved. It was proposed to exchange views on the situation in Syria, Libya and Yemen.”

Now, there is a reason why Moscow is bringing up issues like Syria and Libya. Firstly, Russian interests in these two conflict zones themselves militate directly against Turkish interference.

More importantly, Russia wants to shift the attention of the leading Arab power- the UAE towards Turkish belligerence. Moscow and Ankara are at the brink of a major conflict, given Erdoğan’s attempts to rake up Turkic sentiment in regions like Central Asia and Azerbaijan to eat into Moscow’s former Soviet space. Therefore, Russia is trying to drive regional sentiment against Turkey.

Interestingly, Moscow has also managed to drive a deep wedge between the UAE’s arch-foe Iran and Turkey. Erdoğan’s Azeri separatist narrative, following the Nagorno-Karabakh conflict between Azerbaijan and Armenia, has caused fissures in the Iran-Turkey relationship. And Putin has been more than happy to play up the dissensions that have emerged between Ankara and Tehran.

Of course, Russia would be the biggest gainer if the UAE and Iran focus their energies on reining in Turkey, rather than fighting each other. So, Russia’s action plan is to simmer down tensions between the UAE and Iran and pit them against an isolated Turkey instead.

Even when it comes to the democratic world, represented by the EU and NATO, Putin has managed to outdo Turkey. During the Nagorno-Karabakh conflict, French President Emmanuel Macron helped in activating the Organization for Security and Co-operation in Europe (OSCE) Minsk Group, which is led jointly by the US, France and Russia.

By stitching consensus on the Nagorno-Karabakh conflict with France and the US, Putin was able to divide the NATO. Today, France and the US are at loggerheads with an unworthy NATO member- Turkey.

Within the EU also, Moscow has been able to drum up sentiment against Turkish belligerence in the Eastern Mediterranean. Cyprus, for instance, coordinates with Moscow to pressurise a belligerent Ankara. Cyprus, being a member of the European Union, can do Russia’s bidding within the Brussels-based body.

Russia has therefore succeeded in cornering Turkey on every front. Moscow is bringing together friends and foes to a common objective- combating Erdoğan’s belligerent Turkey.