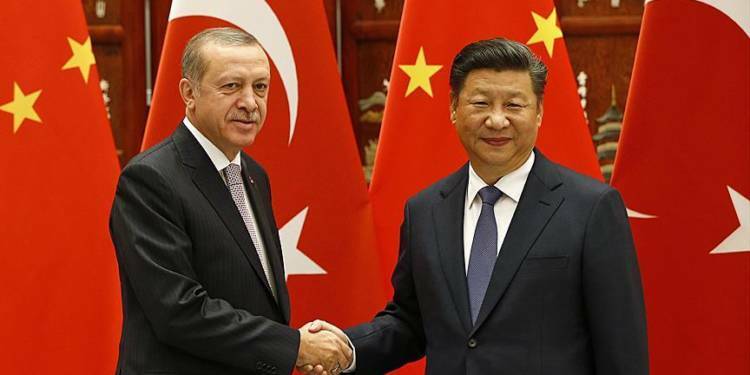 No one wants to buy China’s Coronavirus vaccine. Even countries like Cambodia, which are susceptible to function as China’s Client States, have rejected the Sinovac, a vaccine being hard-sold by Beijing. But there is one country that is ready to buy Chinese vaccines, which can be almost as deadly as the Chinese virus itself.

We are talking about Turkey. The Erdoğan administration has declared that China’s Sinovac Biotech has a success rate of 91.25%, going by the interim data released from a late-stage trial in Turkey. China’s Sinovac has suddenly become a lot more impressive when tested in Turkey. And it seems that Ankara’s desperate economic situation and diplomatic setbacks might have a big role to play in Erdoğan’s A+ grade to the Chinese vaccine.

It is not a matter of surprise that researchers in Brazil, who are also running a final phase III trial on Sinvoac, said on Wednesday that the Chinese vaccine was more than 50% effective. The full results were withheld at the company’s request, which raised transparency concerns.

But Turkish researchers are certainly finding the Chinese vaccine a lot more effective than their Brazilian counterparts. What Ankara however says may be more deeply influenced by geopolitics and economy, than by scientific research and health concerns.

Turkey’s Health Minister Fahrettin Koca said, “We are now certain that the vaccine is effective and safe (to use) on Turkish people.” He added, “Despite it being risky, we saw a very light picture where three people’s PCR (COVID test) were positive, with no fever or respiratory problems… We can easily say that despite it being risky, those three people went through it very lightly.”

Turkey had agreed to buy 50 million doses of Sinovac’s shot and was supposed to receive their delivery by December 11. However, the shipment was delayed. Now, Koca has disclosed that three million shots would arrive in Turkey by Monday, and Turkey would start by vaccinating around nine million people, starting with health workers.

Ankara is actually buying Sinovac even though Brazilian results haven’t declared full results. Cambodia’s PM Hun Sen went as far as saying, “Cambodia is not a dustbin… and not a place for a vaccine trial,” while rejecting Sinovac.

Chinese vaccines are known to be dangerous. The Communist nation has witnessed a number of vaccine disasters and scams in recent years. Even in the case of the Wuhan virus vaccines, there are deep concerns regarding China’s inadequate quality controls in the manufacturing process.

In fact, while the WHO has approved 47 vaccines from India for export, it has given the go-ahead for export of only five Chinese vaccines.

Yet, Turkey will buy and administer Chinese vaccine shots to millions of Turkish citizens. After all, Erdoğan’s vaccine diplomacy is not guided by health concerns. The fact remains that the Turkish economy is in a dire state, owing to the present administration’s populist policies.

In fact, Turkey is becoming a Chinese Client State. Ankara is riddled with predatory Chinese investments and commercial loans. Now, Erdoğan is buying the Chinese vaccine in the hope that the paper Dragon will bail out a deteriorating Turkish economy with depleting forex reserves and a rapidly weakening currency.

Also, Ankara has no big power to bank upon. The Trump administration in the US has imposed economic sanctions on Ankara for buying the Russian S-400 air defence system.

Russia itself is engaged in several battles against Turkey, and the EU, represented by France, is also locking horns with Ankara. So, the only power that Erdoğan can look up to is Beijing. To that end, he can get even the people of his country vaccinated with a substandard product.

France stands solidly in the way of Jinping’s Euro dreams