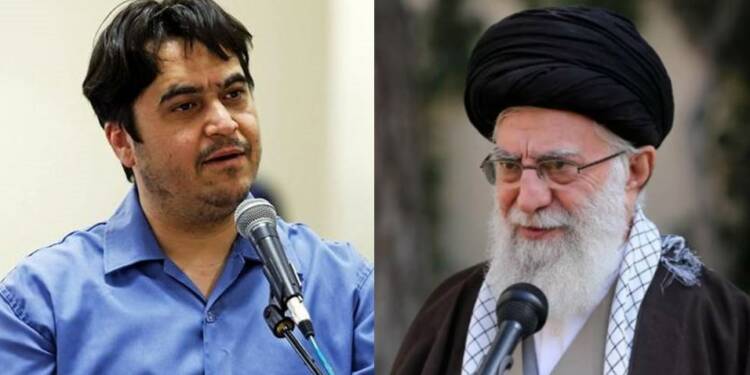 Iran has once again shown its deviousness as it kidnapped Iranian dissent and journalist Ruhollah Zam from Iraq where he was lured from France, and hanged him in Iran. Earlier this year a court sentenced Zam to death after he was found guilty of “corruption on earth” — a charge that is often invoked for cases that involve espionage or an attempt to overthrow the Iranian government. The importance of the person in the discussion can be gauged by the fact that he was hanged just days after he was kidnapped and within four days of the sentence being upheld after being smuggled to Iran.

Ruhollah Zam was not that well known outside the Iranian exile circle but was a very influential voice of the reformist youth. He was a very important figure due to his legitimacy and his ability to coordinate with and alongside the protestors. Zam used his abilities to run a website and a Telegram feed, which played a central role in the anti-government protests that broke out across Iran in 2017 in response to a flailing economy, soaring inflation and the overall anger of the youth regarding the leadership not caring for them. Around 5,000 people were detained and as many as 25 killed in the demonstrations that year. It was also a wake-up moment for the leadership as it was a clear indication that if people get on the streets, then it can be unbecoming of their authoritarian regime.

However, the leadership took all the wrong lessons from the uprising, and instead of introspection, they started to find the people who were the linchpin in the organisation of those protests. The 2017 protests grew to become the biggest political challenge faced by Iranian President Hassan Rouhani and even Supreme Leader Ayatollah Ali Khamenei since the pro-democracy Green Movement protests that spread through the country in 2009.

The existence of Zam was threatening for the Iranian leadership and that is why he was killed. Yet, the autocrats in Tehran will not be able to sleep any better, as the fear of the people getting inspired by the sacrifice of Zam could trigger another widespread street protests which can lead from revolution and the undoing of the religious regime to anywhere one’s imagination might take. And as the USA is already sharpening its weapons for any possible crack in the Iranian social stability, it will bite any opportunity it finds at its disposal.

Read more: How Trump destroyed Iran politically and economically in just 4 years. A feat that no Democrat could achieve.

However, there is one more contest among the ruling class, as the conservatives and reformists are going to go for elections next year, with the reformist president Rouhani leaving office. This contest, always present, is not always obvious: An example for the same came into full public view in early 2019, when as per the reports, Foreign Minister Mohammad Javad Zarif, who is from the reformist camp, was left out of a meeting with Syrian President Bashar al-Assad that was organized by the Revolutionary Guards, who often act as the “tip of the spear” for hardliners and has come under the direct command of the Supreme Leader Ayatollah Ali Khamenei. Zarif had resigned then but was eventually persuaded to return.

The conservatives and hardliners would not want another round of street protests which will again dwarf the prospects of them coming back to power in the political arena. Zam took part in the 2009 protests, and when arrested, he fled the country. The media organization he founded played an important part in coordinating the 2017 and 2019 protests.

However, while Iran’s hardliners have sought to use both violence and legal deterrents to keep people from protesting, they will view the execution of Zam as something of an achievement, a proof that they still retain the ability to put even exiled dissidents to death. It may not sound like a plausible reason, but this may very well be how the hardliners think. This can also become their moment of unbecoming as the death may inspire the youth and the coordinated street protests, which may trigger an end of the Ayatollah’s regime.