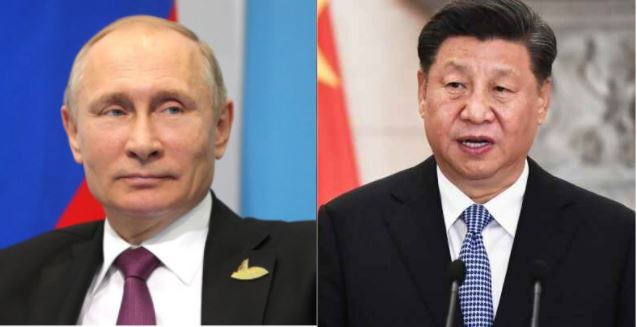 It was on December 31, 1991, when the Union of Soviet Socialist Republics (USSR) has ceased to exist. Russia, the focal power coming out of the erstwhile Union is the focus of the world. It is getting American aid to rebuild itself after the historic Soviet break-up. Washington and the rest of the Western world think that the Russian Federation will now choose democracy over the dangerous Communist-authoritarian ideology.

Today, Russia is again making news but not for the same reasons. It is in news for cyber-attacks, inviting European or even American sanctions and even worse, colluding with China against the democratic world. So, what went wrong for Russia? And how can it repair the damage that has been caused over the past three decades? Also, will any gamble to break away from China help Russia in regaining the lost goodwill?

A lot that went wrong with Russia has to do with Moscow, as well as the West. As for Russia, it probably showed too much promise in the first decade after the Soviet breakup. Throughout the 1990s, the US remained in the illusion that can dictate terms while Russia was rebuilding itself. American advisers would visit Russia to work with officials and a private sector that had started picking up.

However, what many in the West, and probably even within Russia, did not understand is that decades of the Soviet administration had shaped the Russian Federation into a unique system. It could now not to be fine-tuned with the Western-style democratic system.

At the end of the day, Russia wasn’t just any other European nation. It simply couldn’t accept American leadership. Perhaps, the Cold war made Moscow a leader, as against a follower. So, Russia, especially under President Vladimir Putin’s leadership wants to retain its post-Soviet space. This tug of war finally led to a sour event between Moscow and the West- Crimea invasion.

Nevertheless, since Russia and the West failed to devise a workable relation, and the EU started bringing sanctions against Moscow, more damage followed. An isolated Russia had to end up with China. Now, one of the main reasons why the West and Moscow cannot negotiate a functional equation between themselves is that Russia and China often get clubbed together.

Getting clubbed with China in the present world order is the biggest roadblock in any country’s aspiration to negotiate its relationship with the rest of the world.

Russia’s relationship with the democratic world however remains important. Moscow will never be able to get from China, what it will get from the EU, the US, or the Indo-Pacific democracies. China may as well end up eating into Russia’s post-Soviet space such as the Central Asian Republics or the Eastern European nations.

At the end of the day, Russia will have to sit down with the West and convince it that while Russia cannot become a Western-style democracy, it can evolve a workable relationship with the US and Europe in mutual interest. But for that Russia will have to leave its China baggage behind.

The situation is, of course, tricky for the Kremlin. After the Crimea incident of 2014, it was the EU and the US which first started imposing sanctions on Moscow. The Russian economy was driven away by the West, and Putin had no choice but to look at China as a trade partner.

It will sound like more of a gamble for Russia if it were to dump China at this juncture and seek rapprochement with an increasingly hostile West. But if we look at the larger picture, an anti-China Russia is a deal that Washington or the EU can hardly resist. The China threat is not proving very easy to handle for the free world. And a China-Russia alliance would be even tougher to take on.

So, publicly dumping China might actually give Russia unprecedented goodwill in the democratic world. Anyway, China is not a friend for Moscow, given that Beijing has a knack of backstabbing even the closest of its partners. By not clubbing itself with an evil China, Moscow might soon find that the West halts its propaganda about Russian cyber-attacks and starts looking at the positive side.

Like a jilted lover, China has gone out of its way to woo Japan but Japan’s response to it is just savage