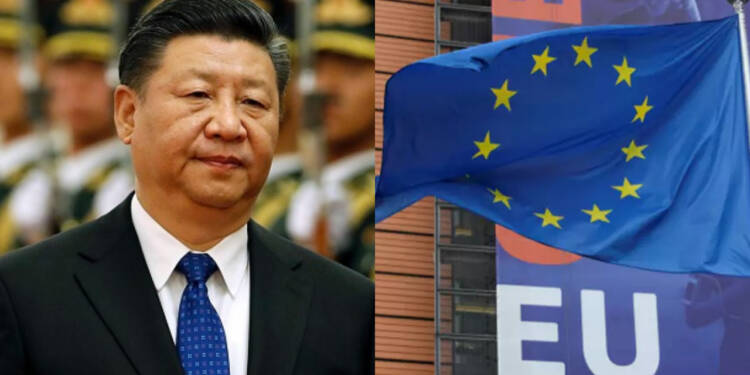 Having been stuck on the investment deal since 2014, China is pushing for an end to the negotiation saga. While there has been a lot of internal resistance regarding the deal inside the European Union (EU), due to China’s non-commitment to the clauses in the ILO and European criticism of the human rights violation in China especially on the Uighur community.

China has been pushing for a deal despite no concessions from the EU, which shows how important this deal is to China. It is willing to push through despite already making greater concessions in its market and is even willing to concede to European demands on human rights.

Earlier this week, European officials said that China and the European Union will agree to provide EU firms with better access to the Chinese market, strengthen conditions on competition, and protect EU investments in China.

The Investment Deal talks started in 2014, but have stood still for years as the EU said China struggled to deliver on commitments to lift EU investment curtailment amid a commitment to build the second-largest economy in the world.

“The talks are about to be concluded. It’s looking good. There are only some minor details left which need to be hammered out,” an EU official with knowledge of the talks told Reuters.

“As things stand now, the political agreement between the EU and China will be sealed on Wednesday.”

The spokesperson for the Chinese Foreign Ministry Wang Wenbin said on Tuesday that negotiations had advanced tremendously. He also told the press that China hopes to strike an agreement “at an early date”.

The Investment Agreement also forbids the compulsory transfer of technology by EU companies founded in China and includes steps to discipline Chinese state-owned enterprises about competition in the Chinese market and rules on the accountability of state subsidies to Chinese enterprises.

Under the deal, China will also commit itself to compliance with the forced labour laws of the International Labour Organization.

This deal seems to be forced upon China, with the EU bending it over to get it wants and Beijing is pushing for the deal even though there have been no reported concessions from the European Union.

This shows that the deal is very important for China. With a stagnating economy and a BRI, which was meant to recuperate the stagnating economy already failing, China is toeing the European line. Moreover, in the past month, Xi Jinping has openly stated his desire and the possibility of joining the CPTPP formerly known as the TPP.

China’s U-turn on the TPP is significant because at the time the TPP was being formalized, China had objected sharply. They criticised the TPP because of the standards that were set in regards to market liberation and human rights was a US-led coalition to impede China’s progress. But now, even after signing the Regional Comprehensive Economic Partnership, China wanted to be a part of the CPTPP, underlining the RCEP’s back draws.

India’s decision to not join the RCEP, depreciated the impact of the RCEP substantially, while for the CPTPP, with Biden looking more likely to join the Trans-Pacific Partnership, China wanted to join it before the US to take up advantageous positions in light of the uncertainty that has now surrounded Biden’s policy outlooks towards China.

But with Japan, tightly holding down the fort, it has already stated that no concessions can be made for many states in terms of the standards required for other states to join the trade partnership, essentially shutting the door for China’s admittance into the CPTPP.

With RCEP already weakened and the TPP out of its reach, China needs the EU investment deal, to get itself involved in the changing trade order once the pandemic ends. China needs to expand more and diversify its free trade market, and to do that it needs to make itself more inclusive and accessible to other states.

While China has bent itself backwards to try and push through the EU investment deal, it is still pushing for a Japan and South Korea trilateral trade agreement.

China’s economic concerns have been compounded by its diplomatic failures and thus, China needs to provide more concessions to these states. Chinese aggression in its peripheral regions and its wolf warrior and debt trap policies have been in the spotlight. WHO’s failures to address the pandemic in China quickly, really pushed China into the spotlight as a threat and rival rather than an opportunity and now the EU is taking full advantage that China’s vulnerability has presented.

China not only carries out espionage activities through Mobile phones, it can also do it through TVs

With Biden’s accession to power, China tries to drive a wedge between India and Russia but it is bound to fail