No to Turkey and Iran, yes to Saudi and Israel: A new Qatar is going to emerge from the current crisis 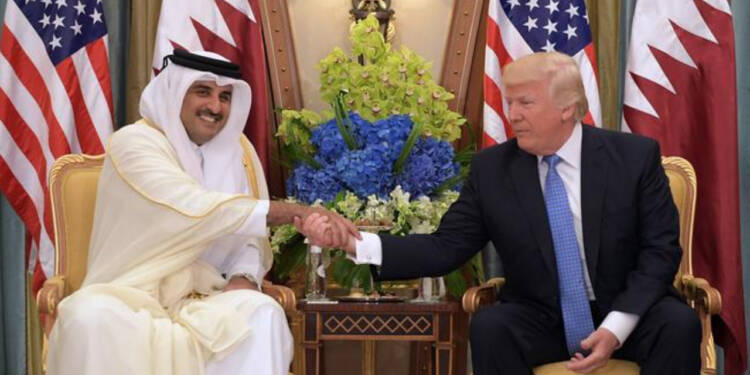 The US administration under Donald Trump has accomplished what many before him could not even dream of, and the Abraham Accords are a resounding testament for the same. Mr Trump, before his time in office ends, wants to leave a legacy of the century to create a solid Gulf block that will bring stability to the Middle East and counter the ever-increasing influence of Iran and Turkey in the cracks and crevices of the region. Thus, the US has been keen to see the Saudis and others coming to the table and solving the disputes with Qatar.

This will lead to the emergence of a new Qatar, which will not be good news for the Turks as well as the Iranians. Keeping in line with Trump’s foreign policy, the US President is trying to bring countries in the Middle-East together to isolate the Iranians, as well as, to show Turkey’s Erdogan, his place in the world pecking order.

In line with this, the Gulf unity will be the top agenda of the upcoming meeting of the Gulf Cooperation Council in Saudi Arabia’s north-western city of Al-Ula. And as per news reports, this will be the first serious effort on the part of Saudi Arabia and its allies to come to the table with an intent to reach some level of understanding with Qatar. An agreement on further talks and limited confidence-building measures is ready, but not all of the boycotting countries have yet signed up.

Although, when the relationship among the gulf countries and Qatar got sour in 2017, the Saudi led block forwarded 13 demands, which Qatar has still not accepted. However, with the US outreach and other incentives, the two sides have been brought to the table. Both have been told to mellow down their stance and for the time being, reach somewhere in the middle. The Saudis have been getting hefty military goodies by following Trump’s suggestions to them and the latest was that the US State Department gave its go-ahead for the potential sale of 3,000 precision-guided munitions to Saudi Arabia, in a deal valued up to $290 million.

However, as many analysts have said based on multiple reports, one of the issues may be resolved, with Qatar owned Al Jazeera toning down its anti-Saudi Arabia stance in its news reportage. However, undertakings on terror financing and the shutting of a Turkish military base in Qatar may still be issues where the Qataris need to work things out with their fellow Gulf states. As and when this happens, it will be a big jolt to the unholy alliance of Turkey and Iran which is trying to stir things up further than they are already messed up.

Qatar has learnt its lessons and as things stand, the USA under Donald Trump has made up his mind to clean up the mess in the Middle East to create a long-lasting legacy. Following this, the meeting of Gulf countries and the possibility of reproach among the member countries and Qatar will mean an end to the Iranian and Turkish designs in the region.