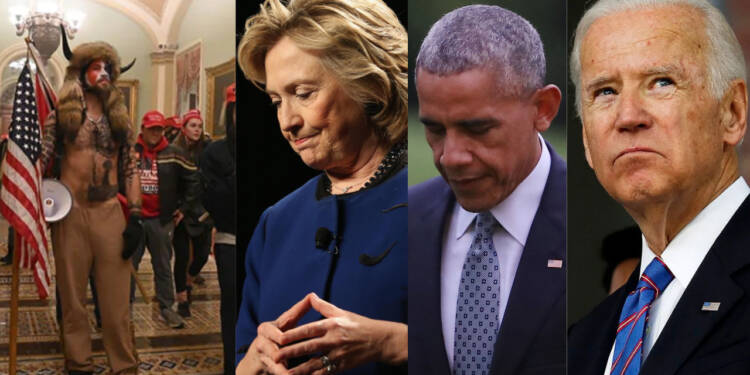 The Capitol Hill siege by the Trump supporters was a shameful incident in United State’s democratic history. A temple of democracy should not have been besieged the way it was on Wednesday. But it was also a significant illustration of the American electorate rejecting the idea that Joe Biden, will be the next President.

Justifying the Capitol breach is an unyielding exercise. But four ‘Americans’ did die, one of them a woman. The Trump supports are angry as they stood in silence when the BLM protests ran amok in the country, watching their city burn, watching their business destroyed by an angry mob of unruly people who couldn’t care less for the welfare of their fellow Americans let alone the United States of America. Thus, when through alleged dubious elections their stand was allegedly stolen from them, violence erupted and Capitol hill, a symbol of democracy, but in the eyes of the Americans, also became a symbol of institutionalised politics and a symbol of a return to deep state politics as Biden’s presidency was being ratified.

The protests on Wednesday are the signs of a silent majority that had been hurting for their ideas, but they will be silenced no more. Trump supporters swarmed Capitol Hill and it was also a representation of the change in how Americans look upon institutionalised politics and the politicians who support these institutions.

Barack Obama, Hillary Clinton, John Kerry, Joe Biden, and Kamala Harris to name a few are people who have always supported ideas of war and political instability outside the United States to cater to the deep state agenda of which they are all a part of.

These people, cater to the needs of a few to support their massive economic interests in return for more power. Power businessmen and corporates have seeped through American politics and the institutions which keep this idea of democracy, however corrupt and massively prejudiced, alive.

Read More: Dark agents of the Deep state of America descend over Washington DC as Trump’s era nears the end

Donald Trump’s foreign policy had stopped the wars in the Middle East, had clamped down China’s aggressive trade tactics which had been filling a few coffers back in the United States.

Trump through his massive foreign policy in the Middle East of the ‘Abrahamic Accords’ has individually diminished up to reasonable standards the ideas of conflict that had threatened peace, the absence of which had plagued the Middle East for decades.

Incessant fighting and turmoil and the spread of political instability was a harrowing sight, which only served to fill the treasury of a select few while the wars were being paid for by the Americans who did not even share the same timeline.

Barack Obama’s America, influenced by the deep state, went to war in Syria and Afghanistan. Trump pulled out soldiers from Afghanistan, consequentially hurting the economic interests of the few that the previous administration pleased to cater.

Biden’s election will see the United States hark back to the ways of war politics. There will be more wars and the common American men and women will pay for it. But the protests on Wednesday were a sign of the people waking up to reject the very idea of the deep state. They do not accept the war politics which the Biden administration so furiously caters to. They do not accept that to cater to the needs of a few Americans and America would have to suffer. They reject the idea of the institution that has emboldened the deep state and most importantly, they reject the idea to be ruled by the few who will not put America first.