Now, Chinese PLA soldiers can self destruct to ‘save their dignity’. The catch is that their PLA superiors will hold the controls 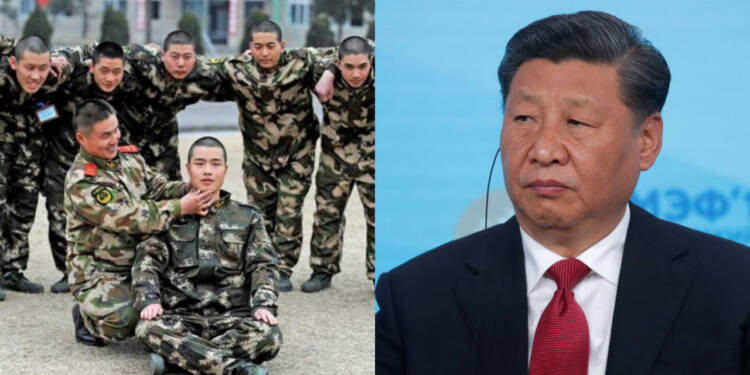 The Chinese Communist Party (CCP) is losing faith in its armed wing- the Chinese People’s Liberation Army (PLA). So, now the CCP is reducing PLA soldiers into video game characters and the controls will rest with the military seniors.

As per the New York City-based NTDTV, the Chinese State-controlled media has prompted a digital individual combat device developed by the Tibet Military Region. China says that this device is supposed to guide artillery and aviation. But there is also a shocking feature- the combat device is also equipped with a “self-destruct” feature that can be activated remotely by senior PLA officials. Basically, PLA troops will become remote-controlled human bombs.

The Communist Party has a justification for everything- even for reducing troops into video game characters. The CCP says that the innovative combat device is supposed to “maintain military dignity” and avoid system information leakage.

So, consider this- the CCP feels that the soldiers won’t maintain their own “military dignity”, and simply give away sensitive information to the enemy force. Therefore, senior officials will have to “maintain military dignity” of the PLA soldiers.

The CCP’s faith in PLA troops is abysmally low. Soldiers and even non-State actors around the world are laced with methods to avoid getting captured and killing themselves. Even if captured, soldiers generally don’t relent easily and don’t give away sensitive military information.

But with the Chinese PLA, things are different. The CCP thinks that the PLA troops won’t sacrifice their lives even if safeguarding sensitive information is at stake. The PLA is not the Chinese army in a strict sense. It is more like the armed wing of the Chinese Communist Party, and PLA troops serve as mercenaries of the CCP General Secretary, rather than serving as soldiers. You cannot blindly trust a mercenary- at least not as much as a soldier.

Also, the PLA has its own unique troubles. The quality of the PLA troops is continuously going down. The present and upcoming generations of PLA recruits mostly come from single-child families under China’s ‘One-Child Policy’.  These troops had a socially awkward childhood. Being the only kids of their parents, they grew up believing that they were “little emperors”. The Chinese families themselves are very emotional about their child since there’s only one.

The present generations of PLA troops are thus too pampered to endure military rigours. Also, the CCP indignifies PLA veterans, and there is usually not much inspiration for the Chinese youth to serve as loyal soldiers. So, the CCP has come up with the innovative solution of killing the soldiers, if and when the need arises.

At the end of the day, the CCP is only exposing its own vulnerabilities. The Chinese Communists are revealing that they can’t even trust their armed wing.

China tries to placate Japan, this time by flirting with Japanese youth but it’s poised to get its heart broken