‘Mourning will bring shame to the nation,’ Chinese citizens in Wuhan are not even allowed to mourn their dead 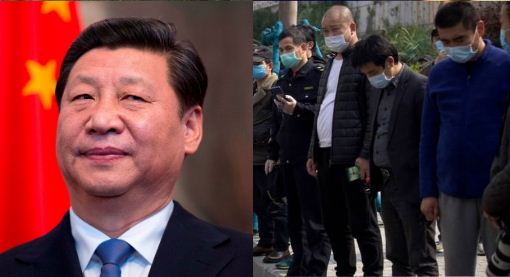 If you are in China, you can’t criticise the Chinese Communist Party (CCP), you cannot criticise Chinese President Xi Jinping’s economic policies and now that we know of it, you can’t even mourn the dead. Well, because mourning would show just how widespread and deadly the Coronavirus outbreak in China was, while Beijing tries to convince the world that it has controlled the Pandemic.

Chinese citizens in Wuhan, where the Chinese virus originated, have lost a number of loved ones. Wuhan was the epicentre of the Coronavirus outbreak, though China kept hiding the number of people who died in the ill-fated city. But now, we know that China didn’t just hide numbers or downplay the Pandemic. The CCP also ensured that grieving citizens weren’t allowed to mourn, or at least mourn as freely as they would want to.

As per The Guardian, a censored female Chinese writer Ai Xiaoming said, “When people from other places come to Wuhan now, they would have a feeling that nothing ever happened here.” The 67-year old writer and documentary film-maker added, “It feels like they know nothing about the dead, or the families’ feelings.”

The CCP has consciously ensured that there is not much public expression of grief in Wuhan. Ai said, “The [Chinese] media rarely reports on these issues. There is no space for these people to tell their stories.”

Ai was talking about more dormant dimensions of Chinese curbs on mourning here, like lack of media coverage or lack of space to mourn the dead. No surprises here- China isn’t a Welfare State, and administrators don’t care about anything, but the sentiments of the Communist leadership.

But the CCP took even more stringent measures last year. As per an NPR report published in April 2020, Chinese citizens weren’t allowed to bury their dead family members for months. When it came to paying last respects, the neighbourhood officials, Wuhan authorities and even workplace supervisors didn’t afford any privacy. Those who lost their family members weren’t allowed to pay last respects alone, and they had to be accompanied by Communist officials.

China organised a Tomb Sweeping Day in April last year. Three minutes of silence were observed across the Communist nation to commemorate the dead. However, authorities remained very sensitive about the open display of mourning and dissatisfaction.

NPR reported that Wuhan authorities banned people from freely gathering at cemeteries and crematoriums. This was supposedly meant to enforce social gatherings, though Communist officials would accompany those bidding goodbyes to their loved ones to the burial plot.

On paper, Wuhan authorities were trying to avoid public gatherings. But the grieving citizens believed that these stringent measures were only supposed to control public mourning. More than mourning, they also wanted to play down frustration over how the administration let the outbreak get big and brutal. No wonder, even pictures of sombre family members queuing up to collect their relatives’ ashes outside Wuhan crematoriums were also quickly deleted by local authorities.

That the relatives of Wuhan virus victims weren’t allowed to mourn isn’t really a surprise. Chinese Communism does have a strong aversion against public display of grief. Even after, the Indian Army inflicted heavy casualties on the Chinese People’s Liberation Army (PLA) at Galwan Valley in Eastern Ladakh in June last year, the CCP had ensured that the casualty figures weren’t released, no memorial was arranged for the dead Chinese soldiers and the families of the soldiers who perished weren’t allowed to mourn.

Beijing considers mourning citizens a sign of weakness. In Communist China, lack of mourning is a show of its fake strength. The citizens often have to pay a heavy cost for such unfair curbs and bid goodbye to their dead even without mourning their demise.