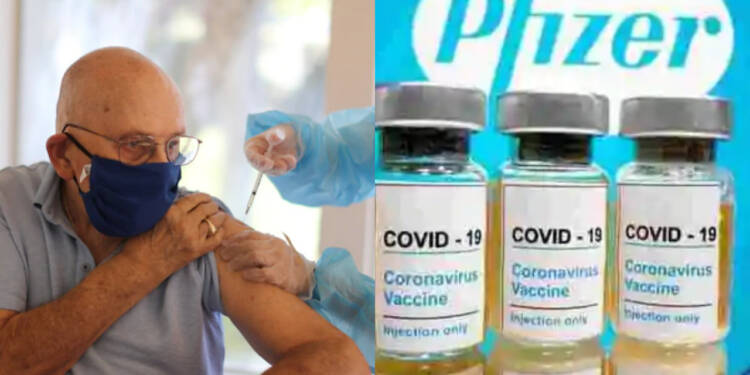 Pfizer Vaccine became the first US-made vaccine to be approved by a western state i.e. Britain. Its approval became the symbol of the West’s fight against the Wuhan virus. But as the vaccine was approved by other numerous European states and the United States, reports have started flowing in about deaths and sickness possibly due to the vaccine and it could turn very soon into a pharmaceutical disaster.

Norwegian officials said that, shortly after receiving their first dose of the vaccine, 23 people died in the region. Of those, 13 were autopsied and, according to the Norwegian Medicines Agency, typical side effects may have led to serious reactions in the fragile and elderly people.

The most cautious comment from any European health agency as countries analyses the real-life side effects of first injections, Norway says that COVID-19 vaccines could be too dangerous to get approval for the very old and terminally ill people.

The Norwegian Institute of Public Health said, “For those with the most severe frailty, even relatively mild vaccine side effects can have serious consequences, for those who have a very short remaining life span anyway, the benefit of the vaccine may be marginal or irrelevant.”

This suggestion does not mean that younger healthy people should not be vaccinated. However, it is an early indicator of what to look for as countries begin to present safety monitoring studies on vaccines. Emer Cooke, the new head of the EMA, said that monitoring the reliability of COVID vaccines and in particular those depending on new technology, such as messenger RNA, are one of the major challenges after the massive roll-out of shots.

Read More: ‘What happens in Rio doesn’t stay in Rio,’ Brazil is exposing the Chinese vaccine like a legend

Norway has offered about 33,000 individuals at least one dose, concentrating on those deemed to be most at risk if they, including the elderly, if they contract the virus.

Nearly three-quarters of the 29 reports of possible side effects examined by the Norwegian authorities were in people aged 80 years or older, the regulator said in a Jan. 14 article.

To investigate the deaths in Norway, Pfizer and BioNTech are collaborating with the Norwegian regulator. Pfizer said in an e-mailed statement. The agency found that “the number of incidents so far is not alarming, and in line with expectations,” according to Pfizer.

In France, two hours after being vaccinated, one elderly patient died in a nursing home, but officials said there is no evidence of death related to the vaccine considering the patient’s prior medical history. Four other cases of serious allergic reactions and two reports of an irregular heartbeat after vaccination was confirmed by the French pharmaceutical protection agency on Thursday.

Read More: The world is coming to India as no vaccine is possible without India’s go-ahead

The first Europe-wide safety study on the Pfizer-BioNTech vaccine is likely to be issued by the end of January, the Key Medicines Regulatory Committee said on Friday, while Norway has already ordered a probe.

The Pfizer vaccine was firmly endorsed by the US government. Western media such as Bloomberg have purposely downplayed their potential danger and tried to downplay the deaths of 23 Norwegians. And public opinion has created an idea that the mRNA COVID-19 vaccine from Pfizer, which is being used for the first time, is safe for use. More studies need to be conducted before the campaign against the Wuhan virus does not turn on its head once again.