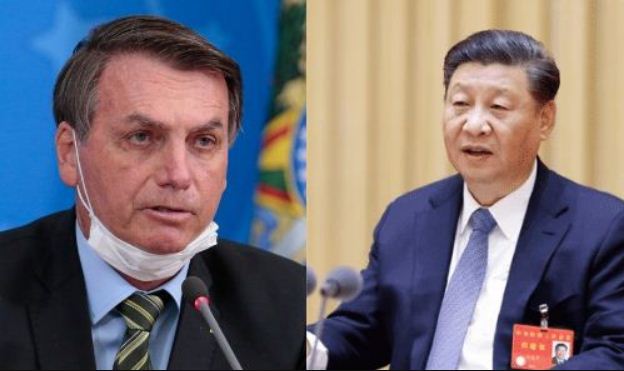 Brazil’s President Jair Bolsonaro is ruining his Chinese President Xi Jinping’s ‘vaccine diplomacy’ dreams. The Xi Jinping administration is making every possible attempt to sell the CoronaVac COVID-19 vaccine developed by China’s Sinovac Biotech. But there is one problem- no one wants to buy it, because of lack of reliability. So, China is desperately looking for validation. But Bolsonaro’s Brazil is continuously exposing just how unreliable the Chinese vaccine is.

The Xi Jinping administration was panicking after Brazilian researchers spoke in terms of 50%+ efficacy. Beijing anyway believes in fudging numbers and therefore the request for delaying precise data fuelled speculation and suspicion about the Chinese vaccine.

Last week, Brazilian researchers did say that CoronaVac was found to be 78% effective against moderate COVID-19 cases and that it entirely prevented severe cases. But as per Reuters, independent specialists remained sceptic and called for more data from the Phase III trial of Sinovac’s vaccine in Brazil.

But now China is facing a fresh setback. A Brazilian news website UOL has cited two sources, who had seen the CoronaVac test results in Brazil, to claim that the Chinese vaccine has a general efficacy below 60 per cent.

Meanwhile, Sao Paulo’s Butantan biomedical center, which has partnered with Sinovac to test and produce the Chinese vaccine in Brazil, has dismissed the report as “purely speculative.”

Medical experts and regulators had however criticised what they described as an incomplete disclosure of test results last week.

China would have been happy or at least satisfied with the 78% efficacy announced last week. But then, Dimas Covas, Director of the Butantan biomedical center, has said that the ongoing analysis had yielded a new “general efficacy”, in addition to the “clinical efficacy” announced earlier.

So, here is the real thing- CoronaVac is not inspiring much faith. The piecemeal disclosure of results from global test studies is creating the suspicion that Chinese vaccine producers are not subject to the same level of public scrutiny as American or European vaccines.