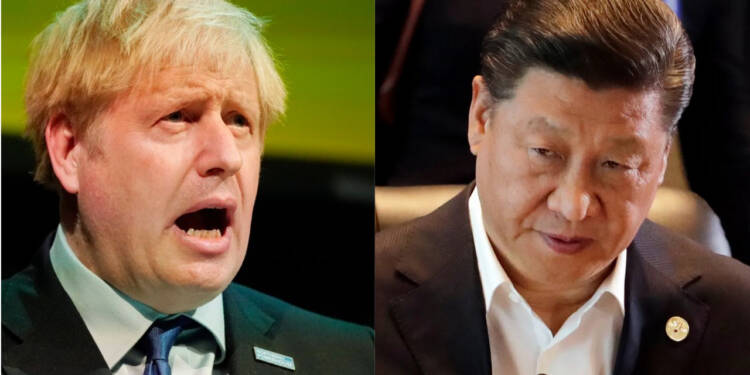 Dominic Raab, Britain’s Foreign Secretary has said that the UK would introduce new rules for its companies to try to prevent goods linked to China’s Xinjiang region entering their supply chains.

Britain’s Foreign Secretary announced on Tuesday that it will tackle human rights abuses against the Uyghur minority in the Xinjiang region of China and the UK firms would face heavy fines if they don’t ensure that their supply chains are free of forced labour.

Last week Raab had said that Britain will adopt new rules for its companies to try to prevent the entry of any products into their supply chains linked to China’s Xinjiang region. Addressing parliament last week, he said that there was evidence of forced labour among Muslim Uighurs in Xinjiang after the United Nations estimated at least 1 million members of the minority among others were held in internment camps.

British Foreign Secretary Dominic Raab said that the officials have advised British companies with ties to Xinjiang on how to implement due diligence checks. The government wants to review export controls to exclude suppliers with evidence of a violation of rights in their supply chains to prevent the shipping of any goods that linked to such violations in Xinjiang.

Raab told the lawmakers, “Our aim, put simply, is that no company that profits from forced labour in Xinjiang can do business in the UK and that no UK business is involved in their supply chains.”

In China’s north-western area, Xinjiang in particular, Beijing has been accused of systematic violation of the rights of the Uighur Muslims. Raab brought-in mounting evidence, including first-hand testimonies and non-profit studies, confirms allegations of illegal mass imprisonment in internment camps, systematically forced labour and “industrial-scale” forced sterilisation of women.

The evidence “paints a harrowing picture” and showed the practice of “barbarism we had hoped lost to another era,” Raab added.

Among the steps announced on Tuesday, Britain would fine companies with that import goods fromChina and do not publish an annual transparency statement as mandated by the Modern Slavery Act with a turnover of at least 36 million pounds ($49 million).

“The bar is being set incredibly high, I mean, frankly, we shouldn’t be engaged in free-trade negotiations with countries abusing human rights well below the level of genocide,” Raab told the BBC on television on Monday.

“I think there’s a second issue, which is really in relation to what we now know about what’s going on in Xinjiang, the question is whether, in relation to any country that engaged in those human rights abuses, you engage in free-trade negotiations,” he added.

Some British politicians want to go further and are set to consider legislation passed in the upper house of parliament that would grant the courts the power to block free-trade deals with nations like China if they suspect they have committed genocide.

Sara Thornton, the British anti-slavery tsar, welcomed the new laws but said the threat of fines was not enough and urged the government to compel non-compliant businesses to file a declaration.

Last year, over the issue of forced labour, the US customs agency banned imports of clothing and other products from the Xinjiang province of China.

The government of the United Kingdom is accountable to its large Muslim community, which comes mainly from South Asia and is a deciding factor in the elections. In addition to this and for humanitarian reasons, the United Kingdom has agreed to have UK companies remove their links to China’s companies engaged in forced labour.

The world is uniting to counter the world’s biggest crime syndicate, the Chinese Communist Party as its actions that have brought pain and agony to people across the globe. Now even countries like the UK and their citizens are recognising that the Chinese threat is very real and losing even a second to take action against China may lead to an injury of a lifetime.