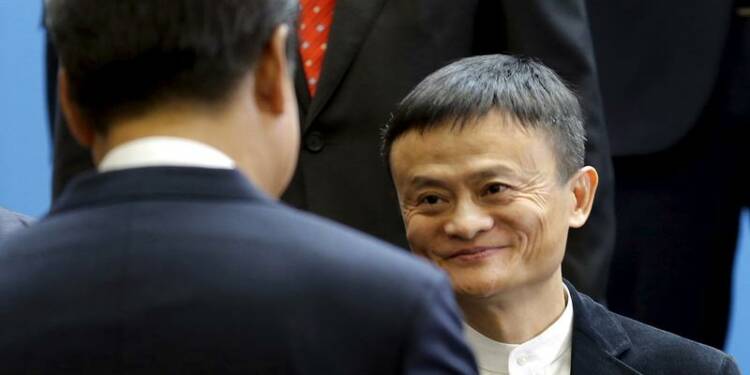 Chinese billionaire Jack Ma has resurfaced after a prolonged disappearance of over three months which started after he made some critical remarks against the financial regulators of the country. In the 50-second video that was first posted on a news portal backed by the government of Zhejiang, an eastern province of China, where Alibaba is headquartered, Jack Ma can be seen in a casual dark blue sweatshirt, addressing a meeting of village teachers. It is still unclear where the video was filmed but apparently, it has been verified by an Alibaba spokesperson.

Jack Ma’s sudden return to the public eye is a result of the extreme pressure put on Xi Jinping, by the international market apart from the obvious public backlash. The market, which often reacts to the politics of a country was visibly rattled by the precedence set by Jinping’s CCP and the international investors were having cold feet after hearing rumors of what CCP had done to Jack Ma and his Fintech enterprise. Jack Ma is the face of Chinese private enterprise and Xi Jinping is spooking away global investors with his crackdown on the billionaire businessman. Moreover, it is Ma’s rockstar like popularity in China that eventually forced Xi’s hand as the public was beginning to get antsy. Xi had no choice but to relent.

The big turnaround in Jack Ma’s personal life from being an underpaid English teacher to becoming a popular billionaire makes the Alibaba founder an inspiration for China’s budding entrepreneurs. His e-commerce business remains impressive, and still more impressive was his ability to keep thriving in a historically Communist nation that still tends to curb enterprise.

Jack Ma’s work for the United Nations and other global charity activities have made him extremely popular. Last year, Ma donated tens of millions of masks globally following the Wuhan virus outbreak. The accolades for the gesture were hijacked by Xi Jinping who said the entire endeavour was done under his abhorrent mask diplomacy campaign.

Ma’s popularity, both within the country and the global audience became too overpowering for Jinping to handle. Xi Jinping may have fears that Jack Ma could become the next face of the Politburo. In the past, Ma has admitted that he is a member of CCP.

What compounded Jinping’s misery was the fact that Ma also has deep ties with the elite officials of the top political party of the country, something which can potentially put Xi’s authority in jeopardy.

Read more: CCP feared that Jack Ma could become the next President with or without the party, because of his wealth

Ma’s influence can be gauged by the fact that following the release of the video, Alibaba’s shares jumped as much as 10 percent in Hong Kong to HK$270 in afternoon trading.

They say history often repeats itself and in what can be dubbed as a deja-vu moment, the current General Secretary of CCP, Xi Jinping, had also disappeared for some time back in the day, before he ascended the powerful post of President in the country.

According to a Washington Post report, in September 2012, the then Chinese vice president and the man about to assume a 10-year term as China’s leader — Jinping disappeared mysteriously for two weeks.

Sources said that Xi was hit in the back with a chair hurled during a contentious meeting of “the red second generation.” And when Xi came back as President, having been chastened by the elites of the Politburo, he essentially started a purge of CCP and got rid of naysayers of his tenure and started with a fresh slate.

Alibaba has lost nearly one-third of its market value since Ma’s October speech, in which he likened traditional banks to pawnshops and labeled the existing financial regulatory framework an “old people’s club.” His mega Initial Public Offering for Ant group was tanked by Jinping and the entire company since then has been rushing around, drowned in red-tapisim to formulate a new mechanism to take the company public.

However, with Ma’s comeback, Alibaba and its related entities will be able to spring up back in no time. And it would not be hyperbole to say that Xi Jinping has finally found his match in Jack Ma. The billionaire is too big a name for him to abduct or kill. And if he does try to commit the unthinkable, the international market would drop their China business like a sack of potatoes. Indeed, this is a big predicament for Xi Jinping!