Team Biden has suddenly gone soft on Donald Trump and his supporters, the reason is fear 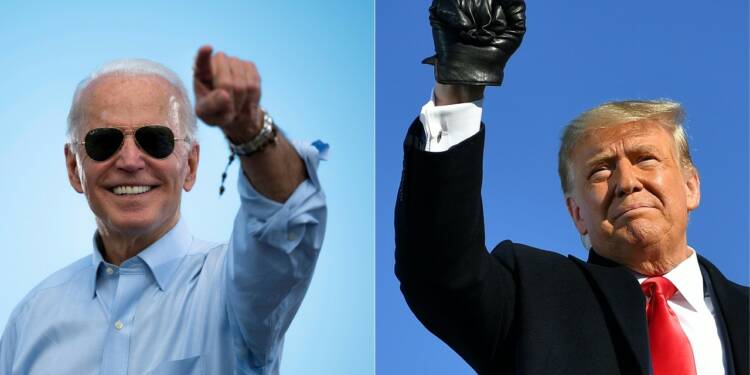 After weeks of hurling abuses and impeachment threats and then an actual impeachment proceeding, after the capitol riots, to defame an outgoing President, democrats have come to the conclusion that maybe they’ve been too harshly vocal on a person of Trump’s caliber and are now trying to reconcile with the man they ousted from the White House.

Sen. Dianne Feinstein defended Republican senators who objected to the outcome of the Electoral College. Furthermore, she discounted the value of President Trump’s upcoming impeachment, separating herself from her Democratic colleagues.

Without missing a beat, the Democrat Senator replied “I think the Senate is a place of freedom,” Feinstein told reporters at the Capitol. “And people come here to speak their piece, and they do, and they provide a kind of leadership. In some cases, it’s positive, in some cases, maybe not. A lot of that depends on who’s looking and what party they are. But it’s an important place to have this kind of dialogue. It’s probably the highest-level dialogue that you get in an electoral body.”

She defended the republican senator’s right to object, calling the senate debate the “highest level dialogue” in American democracy. A view her fellow democrat comrades do not share.

Other Democrats in the Senate called for the punishment of Cruz and Hawley. The moderate and Biden ally, Delaware Sen. Chris Coons, urged them to withdraw. Others said that they should at least leave the important Judicial Committee, which also includes Feinstein.

Feinstein was further asked how quickly should the Senate move to a trial on the impeachment article that the House passed last week charging the outgoing President of inciting the insurrection at Capitol Hill.

Her reply was way more subdued than it was a fortnight ago when on January 6th she put out a statement blaming Trump for inciting the riot and had asked republicans who were objecting to the riots to “stand down.”

Feinstein on being asked about the impeachment replied “I think it’s a moot question — this president is leaving office,” Feinstein said. “So, it won’t have any practical application. But whatever happens is fine with me.”

Moreover, apart from Feinstein, House Speaker Nancy Pelosi, an ardent Trump critic and hater, has still not transmitted the article of impeachment to the Senate. She believes that the trial would interfere with the senate acting on Biden’s early agenda or conforming Cabinet nominees. Mind you, she had been backing the impeachment of the former President since the capitol riots.

So, what has changed, has the cat got their tongue or are the Democrats finally realizing that their actions and ardent criticism and unrelenting mudslinging on the former President was also a responsible factor in the Capitol riots.

Read More: Democrats, liberal media and the big tech are making sure that Donald Trump never returns as the President of the United States

Despite the large smear campaign, backed by the big tech and the left-liberal media house, Trump still received 75 million votes. With the news coming up of a new political party the ‘Patriot Party’ Trump will be returning to politics. The GOP is divided and the people have shown that they will back Trump even in arms. Trump was a President beloved to the people who actually trusted him and they are 75 million strong.

The sudden policy of reconciling and subduing the attacks by major democratic faces is fear of inciting a Capitol like situation or even worse, a civil war. Even though the two possibilities are very distant, to the point that they can be disregarded but the anger in the people is real. They do believe that there was voter fraud which led to their President’s defeat. And the democrats are now cowering in fear of a man who has just left the white house.

‘Trump got China right,’ Biden’s Secretary of State and Defence Secretary are all praises for Donald Trump