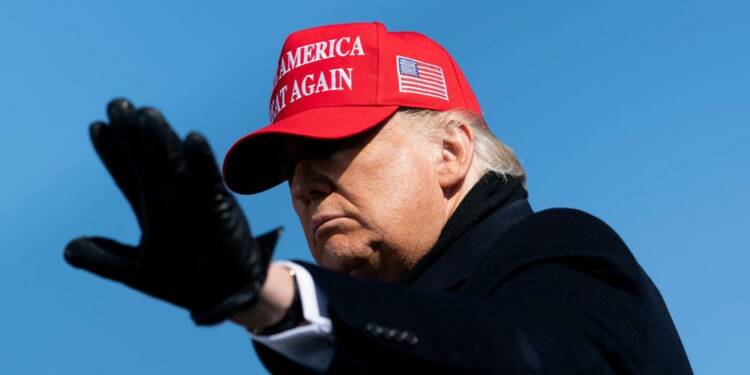 The US economy is limping back to recovery, but contrary to popular belief it is not Joe Biden’s economic policy guiding the way. States with Republican majorities are the front-runner in the recovery. While only one Democrat state has shown signs of recovery the others are dragging the whole economy down.

During the election campaign, Joe Biden had criticised Donald Trump on his failures to deal with the Pandemic. He had criticised the former President for the deaths of 400,000 Americans and his inability to deal with the financial regression. Just weeks into the Biden’s Presidency, and it is now clear that the Republicans have fared better and are leading US’s economy. Only if the Democrats could stop taking decisions on ideological lines and work for the betterment of the nation can the US economy return to pre-covid levels sooner than ever.

A report released on Thursday by Fivestars, a forum for small business marketing and loyalty program, found that the nation is at a recovery rate of 55 per cent from the shutdowns, with small business spending up 14 per cent from the week before. But there is a dramatic gap between states that have begun to reopen their economies before those that have a more cautious strategy to delay the virus’ spread.

Florida, Georgia, Texas, Mississippi, South Carolina, and Tennessee saw a major improvement in business compared to lockdown levels. They also have one other thing in common, a republican majority.

A study found that Florida, which entered the first phase of reopening in early May, is nearly two-thirds of the way to recovery compared to this time last year.

Similarly, Georgia and Texas have seen a steady 12% rise in weekly revenue, both of which are among the first states to begin easing stay-at-home guidelines. In Mississippi, small business sales fell just 7 per cent compared to last year, while sales in South Carolina and Tennessee dipped 10 per cent.

Victor Ho, founder and CEO of Fivestars, told FOX Business “On a high level, I think what you’re seeing — it’s not surprising per se — but it really varies a lot by the state’s posture toward shelter-in-place”. “The more creative they are and the more supportive they are of their businesses, the better they’re doing.”

This was evident among states with a Democrat majority. Michigan’s sales were down 78 per cent from last year, while New York — the epicentre of the virus — saw sales plunge 65 per cent. Maine’s sales fell 75 per cent and New Jersey’s dropped by 66 per cent.

According to Foreign Policy, Joe Biden’s internationalist approach won’t be enough to parry the structural threats that still plague the economies of the United States. There are apprehensions that Biden’s economic policies won’t be able to do much more. The major reason being the evolution of his economic perspective since his days as Barack Obama’s vice president.

Biden has already signalled that he would not return to the centrist, pro-free trade policies of past Democrat Presidents. But if his first week in the White House is any indication to his economic policies then his approach is more left-leaning than any other US President.

Wendy Edelberg, a former Chief Economist at the Congressional Budget Office is apprehensive about the long-term downside risk of people coming into the post-pandemic world with little to no financial resources.

She says “I am worried about the longer-term downside risk. The millions of people who have lost a whole lot of labour income—I’m not sure that they are coming into the post-pandemic world with a ton of financial resources. And I am worried their spending is not going to surge.” One of Biden’s major election promises was the 1.9 trillion-dollar relief plan, which has so far failed to see the light of day.

Biden has signed 42 executive orders in his first week as President, more than any other in US history by a mile. But his ambitious plans such as a meaty infrastructure bill, an ambitious job retraining program or the major financial stimulus which were supposed to be big priorities for a pandemic ridden economy have disappeared from the discourse. Republican ruled states have already showcased an expansive recovery cue: Trumpism. But without a unified recovery in all the states, any upturn in the US economy is impossible.