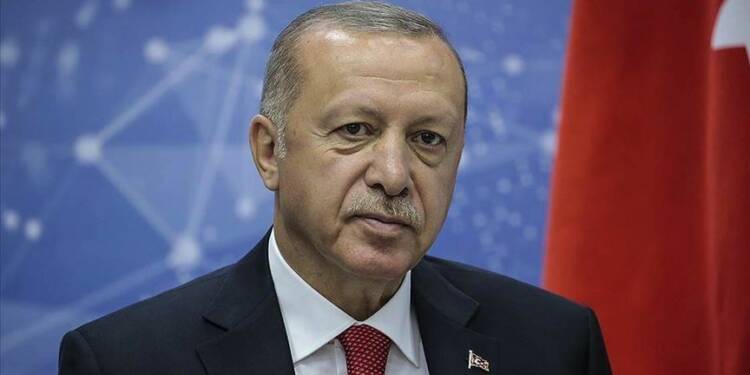 After wandering alone and aimlessly for the major part of the last two-three years, Turkey and its madman President Recep Tayyip Erdogan has finally realised his imprudence. Call it divine intervention or simply an awakening but Erdogan has grasped that it is in his country’s best interest to shake hands with the Middle Eastern powers or risk slamming his country’s fortunes into the ground.

Earlier this month, a meeting of the Gulf Cooperation Council (GCC) saw Saudi Arabia and its allies agree to restore ties with Doha, including reopening airspace and borders. The four-nation Saudi-led bloc had imposed an embargo on Doha in 2017 for conspiring against the de-facto leader of the Arab world and trying to strengthen the ‘Muslim Brotherhood’.

The Islamic bloc headed by Saudi Arabia has always detested the Muslim brotherhood. When popular protests flared across the region in 2011, the UAE and Saudi managed to cull them, but Egypt served as an example of the threat the Muslim Brotherhood could pose to their mode of absolute rule.

While Doha went rogue in its ambitions of creating a new Muslim world order, it got the able support of Ankara. Erdogan’s economic and military support to Doha had irked Saudi Arabia so much so that in addition to Doha, the KSA had cornered Turkey by imposing an unofficial embargo on Turkish goods since 2017. Reported by TFI, in September, Riyadh had decided to officially ban the Turkish products.

However, sensing the relations getting better between Saudi and Doha, Erdogan quickly chimed in with a response, a rather quick response, which further suggested that Ankara was desperate to assimilated into the new normal.

Erdogan’s desperation to join hands with Riyadh stems from the fact that Saudi Arabia’s ban on economic activities has hurt the Islamic country. Lira, the Turkish currency remains anemic — food and consumer prices have dramatically increased, and life of the people in the country has grown all the more difficult — not to mention more expensive. According to consumer price indicators, year-on-year inflation is up 6 per cent and overall inflation is at 20.6 per cent.

Just the way any autocratic leader works, Erdogan blamed the rising inflation on merchants – calling them out for price gouging and promised to punish those who are responsible. Furthermore, the pressure from Israel to deport a number of Hamas leaders as a condition of reconciliation between the two countries is being seen as a shift in regional politics.

Turkey needs Israel to resurrect its deadweight economy and give Erdogan an image makeover as the public perception amongst the Turkish masses has taken a beating. It was due to this reason only that Erdogan appointed an ambassador to Israel for the first time in two years.

While the GCC meet has ignited hopes of some form of an armistice between the concerned parties, the Libyan War continues to divide the Muslim world with different factions emerging and going toe-to-toe with one another. While Turkey and Qatar are still rooting for GNA, Haftar’s LNA has the backing of the United Arab Emirates, Saudi Arabia, Russia, and Egypt.

It needs to be seen if Saudi Arabia is plotting and scheming by manipulating Turkey before Joe Biden comes up with his Middle East policy, which still seems highly vague at this point. However either way, if the armistice brings any peace and stability in the region, no one would be complaining around the globe, wouldn’t they?

Women in China don’t want to get married at all, the reason – the strict one-child policy