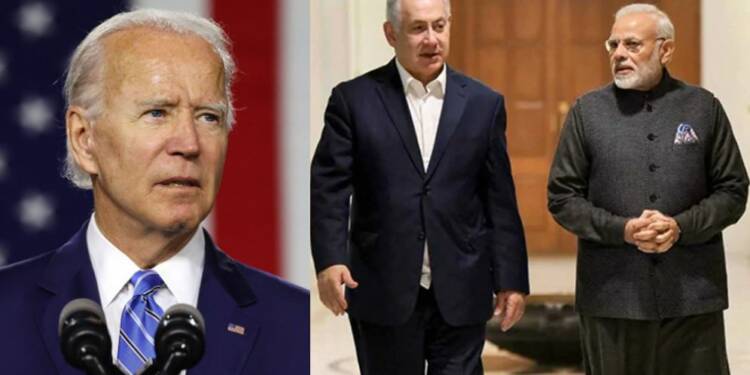 In a fresh diplomatic victory for India, the Saudi-dominated Organization of the Petroleum Exporting Countries (OPEC) has agreed to leave the price of oil unchanged for March shipments to India. At the same time, OPEC has raised the rates of oil for the United States and Europe. The latest development reflects how India has come closer to the Arab world, and how the Arabs also value the Indian market.

But at a wider level, Saudi-dominated OPEC and India have also given a subtle signal to Biden. One must keep in mind that OPEC has agreed to leave oil prices for India unchanged right after the UAE and Bahrain decided to dump the Palestinian cause for good and stick with their Jewish friend- Israel.

So, the greater picture is that the UAE and Bahrain are supporting Israel, and at the same time the UAE and Saudi Arabia are also backing India while dumping Pakistan. In fact, the Arabs have refused to fund the Islamic Republic of Pakistan. To make it worse for Islamabad, the Arabs are cutting down on oil supplies to Pakistan apart from asking the Islamic nation to repay the massive loans that it has taken from the Gulf nations.

Arabs now find a strategic advantage in debilitating the Islamic Republic of Pakistan. Take Lieutenant General Dhahi Khalfan, Deputy Chief of the Dubai Police and General Security, for instance. He started a poll on Twitter and said that missiles should be given to the Baloch people in Pakistan so that they can fight for freedom.

What is important is that Arabs continue getting closer to Israel and India, even after Biden took over as the US President. The three main actors- India, Israel, and Saudi-led Arabs are deliberately running afoul of Biden’s policies.

Under Trump rose a unique world order to the Arabs, India and Israel in which the three powers had come unprecedentedly closer. India and Israel have also been natural allies, and New Delhi did have a somewhat transactional but strong partnership with Arabs too. But the former US President brokered friendship between Arabs and Israel, through peace agreements dubbed “Abraham Accords”. Soon the three Asian powers realised that with American backing they could sideline their main enemies- Iran, Pakistan and Palestine.

But Biden’s Presidency and foreign policy has a strong undercurrent against the spirit of the Abraham Accords and the India-Israel-Arab partnership. Due to his ideological dogmas, the Biden administration wants to empower Palestine, Iran and possibly even Pakistan. At the same time, it seemed as if Biden’s policies would end up sidelining India, Israel and the Arabs or adversely affect their national interests.

At a very individual level also, Biden is making the three US allies- Israel, India and the Arabs unhappy. He is yet to call the Israeli Prime Minister Benjamin Netanyahu, showing how the Biden administration is giving stepmotherly treatment to Washington’s only non-Muslim ally in the Middle East. The US President is also canceling some of the biggest defence deals that the Trump administration had finalised with the UAE and Saudi Arabia.

In India’s case, New Delhi is unhappy because Biden is seen as a pro-Pakistan leader. Yet, India and Israel have found a way to tackle the adverse effect that Biden’s Presidency creates. They have befriended the Arabs, increased economic and security cooperation against common threats, and ensured that the three powers come together to serve as a cushion against the repercussions of Biden’s disastrous policies.

Biden will be resisted and regional alliances, including the India-Arabs-Israel alliance, will be strengthened. New Delhi will also ensure that the newfound Arab-Jew bonhomie is nurtured deeply over the next four years and this process is being led by natural allies, India and Israel. The message to Biden is clear- stick to Trump’s policies or else we will go our own way, come what may.

Has China actually expelled an American War Vessel from the South China Sea? And, why is America silent on this?