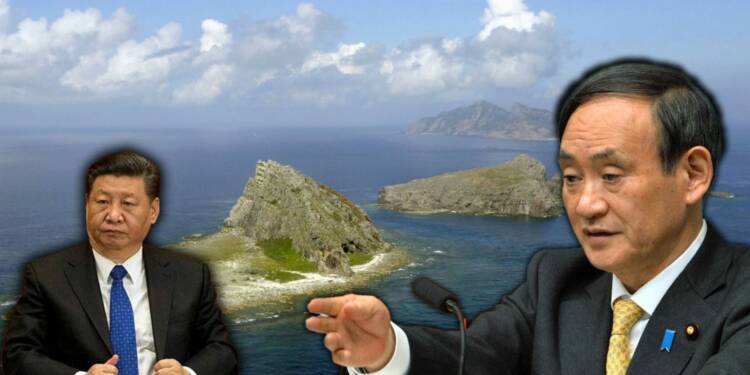 East Asia seems bound to witness a major flare-up as two big powers- China and Japan clash with each other. Last month, Chinese President Xi Jinping gave a free hand to the Chinese Coast Guard to open fire on foreign vessels even in disputed waters which it claims to under its “jurisdiction”. The decision is apparently aimed at Japan’s Senkaku Islands, which Beijing claims and calls the Diaoyu. And thus, there is a remarkable spike in Sino-Japanese tensions.

On Sunday, the Chinese Coast Guard vessels entered the Japanese territorial waters near the Senkaku Islands for the second day in a row. The Chinese vessels targeted a Japanese fishing boat and followed it after intruding into Japan’s waters. Yet, the Chinese vessels were shooed away by Japan. The incident however revealed that Beijing is desperate to step up aggression but Tokyo is in no mood to hold back either.

The face-off between the Chinese and Japanese Coast Guards on Sunday is the first big clash after Xi’s “open fire” declaration. As such, the recent face-off threatens to further flare-up Sino-Japanese tensions surrounding the Senkaku Islands, which Tokyo had purchased from a private owner in 2012. The incident confirms two things- firstly, with Biden’s accession to power in the United States, Xi feels free to pump up aggression against his perceived adversaries including Japan.

Secondly, the controversial law passed by China last month that allows the Chinese Coast Guard to use weapons against foreign ships that Beijing sees as illegally entering its waters is aimed at Tokyo. And hence, Japan and China are getting locked into a rather acrimonious conflict.

From a Chinese perspective, the Japanese aggression has been hurting it. Tokyo has grown increasingly aware of the China threat and therefore, it has been targeting Beijing at economic and diplomatic levels. In return, the paper Dragon is stepping up military aggression against Japan, especially at the Senkaku Islands.

In turn, Japan isn’t letting China overwhelm it through aggressive military posturing at the Senkaku Islands. Japan has been looking at a major military modernisation programme. The Suga administration in Japan has been systematically strengthening the Japanese Coast Guard.

In 2020, Japan’s Coast Guard added four new boats and a helicopter. According to the Japanese Coast Guard website, it has even bigger plans including an additional large patrol craft with a helicopter pad, another helicopter and a jet aircraft for this year.

Japan’s military strategy is quite aggressive for a nation that used to be totally pacifist not till very long ago. In the past few years, Tokyo has turned quite innovative. It launched its own version of the Marine Corps under the banner of Japan Ground Self-Defense Force, brought up the idea of sending the Japan Maritime Self-Defense Force to patrol the Senkakus area, and also initiated the development of underwater drones and supersonic glide bombs to monitor and beat back any aggression at Japan’s Southern Island chain.

Hence, China may be ready to escalate military tensions against Japan but Japan isn’t going to hold back either.