After a historic defence budget, Japan fills up its shopping cart with pilotless fighter planes and missiles— All aimed at China 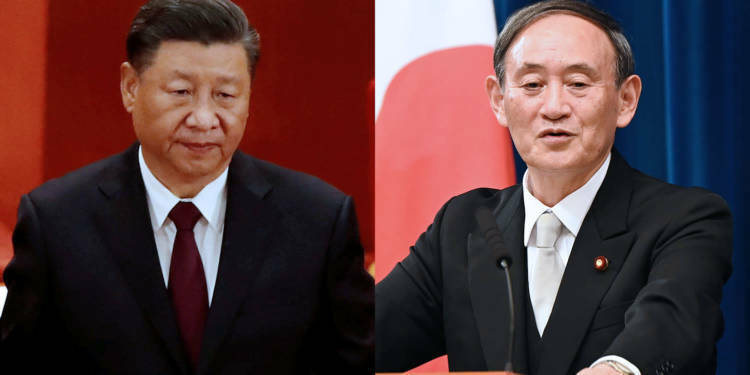 Japan, which was once a post-war pacifist nation, is now set to become a world leader in next-gen military technology. After unveiling a record defence budget worth US$51.7 billion, aimed at overpowering China. And Japan isn’t just going to produce conventional weapons. It is going to develop a remote-controlled, pilotless aircraft ready for deployment by 2035.

Japanese military strategy is planning to cut down drastically on the manpower requirement. So, several long-range missiles and a pilotless fighter aircraft are going to be developed. The idea is to strike Chinese military installations and assets without having to make close human contact, during military skirmishes.

The next-gen defence projects are an extension of former Japanese Prime Minister Shinzo Abe’s vision to take his country away from anachronistic pacifism.

After decades of pacifism, Tokyo has realised that it needs to take on the China threat and therefore, it is developing a robust military-industrial complex. Japan’s industry is going to capitalise upon the country’s Research and Development (R & D) capabilities, as well as, its sheer industrial strength to make Tokyo a leader in the global arms race.

Japan’s emerging military-industrial complex is also going to help it make up for manpower shortfalls. Japan never tried to raise a huge military force, because of its engrossment in pacifism. And now, it seems that Japan finds it inconvenient to recruit several pilots and train them in warfare over long periods.

Tokyo would rather use its Industrial complex to manufacture and stock unmanned aerial platforms. During military skirmishes, such drones/ unmanned combat aircraft can be used in reconnaissance and war-fighting roles. A heavy industrial capacity would ensure that Japan can keep pushing in more and more of such aircraft even if China shoots down some of such assets.

Also, Japan could equip the final fighter drones with detection and missile systems, to stonewall an enemy attack. On a whole, such unmanned platforms would allow Japanese Self-defence forces to launch an offensive without having to put any of its personnel at risk. Also, such drones can be developed to perform defensive operations.

So, in a situation like Chinese transgressions into Japanese waters near the Senkaku Islands, the upcoming Japanese pilotless fighter aircraft will prove to be a game-changer. Presently, the Japanese Self-defence forces have to deal with Chinese transgressions. Human involvement in tackling a trespasser brings along a greater sense of moral responsibility. And China as a trespasser feels emboldened when it doesn’t suffer any damage despite repeated provocations.

However, with fighter drones taking on Chinese transgressions, there will be a bigger possibility of China suffering substantial damage, in case the Chinese PLA doesn’t vacate Japanese waters promptly.

Japan’s latest military plans are a huge shock for Beijing. The paper dragon is looking at the sudden rise of a huge, technologically-superior military force next door. A major part of the Chinese People’s Liberation Army (PLA) spending will now have to get devoted towards tackling a resurgent Japanese military. A couple of decades down the line, Japan may as well outgun the Chinese military.

Japan’s growing military firepower is good news for the Indo-Pacific, but a bolt out of the blue for the Middle Kingdom China.

By putting bounties on the heads of American soldiers, China has put a bounty on its own head