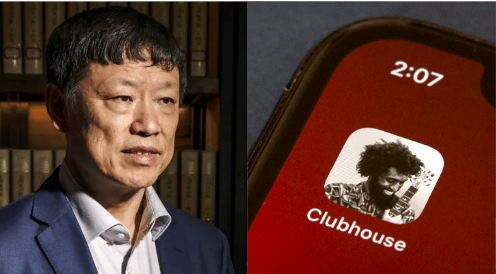 The Chinese people long for freedom. Barred from speaking their minds out, inhabitants of the middle kingdom have grown under an oppressive regime. Many of China’s youth have never experienced what the free and open internet looks or feels like, and all that they are used to is the ‘Great Firewall’, which has insulated China from the world. Within the firewall, anyone speaking against the CCP is subjected to incarceration and brutalities. Since March last year, however, Chinese mainlanders were having a bit of a good time on the American audio app Clubhouse. That too now stands banned in the mainland.

The Chinese have mastered the art of sarcasm. Here, we are not talking about tyrants of the Chinese Communist Party, but of the ordinary Chinese citizen who is being oppressed by a dastardly political system. It is this common Chinese citizen who found a voice via Clubhouse. On the American audio app, Chinese nationals took to discussing contentious topics like Xinjiang, Taiwan, Hong Kong, Gay rights, etc. Yet, the more aware citizens, who knew that they must tread cautiously even on a seemingly ‘free’ appearing app, took to tearing apart Hu Xijin, Global Times editor-in-chief and a propagandist for the CCP. With the wit, sarcasm and humour, Chinese citizens started exercising their basic human rights for free speech in a unique manner.

On the American app, an entire ‘Hu Xijin Fan Club’ came to exist, and last week, the same became a sensation in China. With members of the club being given uniform usernames, the citizens of China took to voicing their anger against the CCP and its propagandists like never before, all under one common name – iWho. The foundational remark of Hu Xijin which made him a laughing stock on Clubhouse China was the following: “If our country hands out money to everybody, it means it doesn’t send out money at all.”

Read more: China first let Clubhouse thrive. Then, it struck with an iron fist to capture information on dissidents

According to Nikkei Asia, Chinese users took to using the same remark of Hu to get back at him. “If everybody orgasms, it means nobody orgasms at all,” Ai chimed in at one point. “If everybody trolls Hu, it means nobody trolls Hu at all,” said one. “If there’s a wall everywhere, it means there isn’t a wall anywhere,” said another, who called — tongue in cheek — for the U.S. to match China’s internet firewall. According to Phiyona Law from Japan, the Hu Xijin Fan Club is a symbol of resistance of the Chinese people against the CCP, and an attempt to push from inside the great firewall which pervades their lives.

“If everybody gets vaccinated for free, it means nobody gets vaccinated for free at all. We need to refuse the vaccine in the horrible West, because chief Hu’s saliva drops are the best vaccines for us,” another Chinese user took to saying. After being relentlessly and punishingly trolled on Clubhouse by people claiming to be his fans, Hu Xijin took to saying in the CCP-mouthpiece he runs, “It must be admitted that a small number of Chinese have extremely high requirements for ‘freedom of speech’…But their desires cannot be satisfied in reality. In China, arrangements surrounding free speech must be compatible with China’s governance system. Free speech cannot impact or jeopardize the country’s governance. This is the bottom line. People need to have a basic knowledge and understanding of this fact.”

Hu Xijin is despised within China. In fact, the CCP is despised by the Chinese people. Give them a free internet, or even a fraction of it, and they would topple the tyrannical Xi Jinping regime from within. The Clubhouse fiasco provides a glimpse into the stifled lives of Chinese citizens, who desperately want an out.