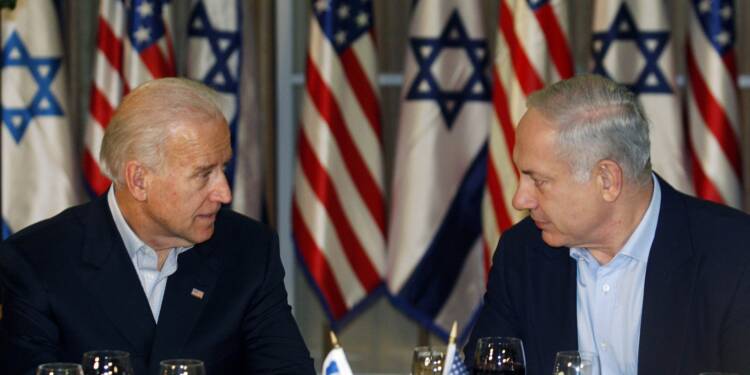 When Biden came to power, he was unduly harsh on Washington’s only non-Muslim ally in the Middle East, Israel. He avoided making a telephone call to Netanyahu, pandered to Israel’s existential threat- Iran and tried reinvigorating the Palestinian cause. But soon three fears struck Biden- Netanyahu getting the Biden administration kicked out of the Middle East, the Israeli government doing an Abraham Accord with Saudi Arabia without the US and losing the support of the Jewish lobby.

There is a discernible pattern, right from the time when Biden tried to undermine Netanyahu. Firstly, the United States tried to pander to Iran and somehow revive the Joint Comprehensive Plan of Action (JCPOA), or the Iran nuclear deal. But a strong pushback came from the Jewish nation of Israel.

Israel’s former Ambassador to the United Nations Danny Danon, who now serves as the head of the international branch of Israeli PM Netanyahu’s right-wing Likud Party, made it pretty clear that consequences would follow if Biden revived the JCPOA. He said, “If the U.S. would decide to re-enter the agreement as it is, Israel will have to recalculate regarding the Iranian nuclear race, so you know in the past we raised our options, and I’m sure we will bring them up again.”

Israel’s message was clear- it would do something big, if Biden reactivates the JCPOA. It really is not be for Biden to make peace with Tehran, if a key US ally in the region starts preparing for military action against the Shi’ite nation. But the fear was more than just that of optics.

Channel 12, an Israeli media house reported that “a very senior Israeli official” said, “If Biden adopts Obama’s plan, we will have nothing to talk about with him.” The warning implied that Israel might actually get the US boycotted from the region, if it doesn’t go back to the Trump era.

At the end of the day, the US is active in the Middle East region because of its two allies- the Arabs and the Jews. Checking the Iranian threat is the bedrock of the Arab/ Israel-US alliance. If Biden would start befriending Iran, then US allies may as well decide to get together and take on Iran rather than coordinating with the White House. The net effect would have been to kick the United States out of the region.

The other fear was, of course, that Israel might start going solo with its diplomacy in the Gulf. When Trump was in power, Netanyahu was happy to rely upon the US for brokering Abraham Accords, that is, peace deals with Arab nations like Sudan, Bahrain, the UAE and Morocco. But now Israel’s PM knows that Biden would not be as facilitative. So, he has a major leverage- finalising an Abraham Accord with Saudi Arabia without the US.

Saudi Arabia itself will be ready to sign an Abraham Accord with Israel for all the investments and military tech that such a deal would have to offer. And you know, how Israel has already conveyed that it might have “nothing to talk” about with Biden. Any such move by Israel and Saudi Arabia would hurt Biden politically by depriving him of a major foreign policy win.

Finally, there is always a big fear for Biden- losing the pro-Israel/ Jewish lobby. This is one lobby which neither the Democrats nor the Republicans can afford to lose. The fact remains that the role of pro-Israel, Jewish lobby in American politics and elections is very much unparalleled. We are not even exaggerating.

As per a report by The Guardian, the pro-Israel lobbyists and donors spent over $22m on lobbying and campaign contributions during the 2018 polls cycle in the US. The Jewish/ Israeli lobby also spent hundreds of millions of dollars in the past few decades into American politics and elections.

Yet, the not-so-good relationship between Biden and Netanyahu wasn’t really helping the Democrats. And Biden’s affection towards Palestine and Iran was making him look rather anti-Israel.

Biden knew that if he didn’t make amends, he might even come out looking like someone who supports antisemitism. The political costs would have been heavy, and would have run into millions of dollars.

This is why you suddenly see Biden say things like- “Over the course of my career, I have had the honor to meet and work with every Israeli prime minister since Golda Meir.”

There is a conscious realisation in the Biden administration that if they frustrate Israel/Jews too much, then Israel and the Jewish lobby might turn entirely pro-Republican instead of hedging its bets on both parties. Any such polarisation will definitely make a decisive impact on US elections. Therefore, you can notice how Biden is changing tracks and mellowing down his approach towards Israel. Netanyahu’s subtle threats and willingness to confront Biden have compelled the US President to go soft on the Jewish nation.