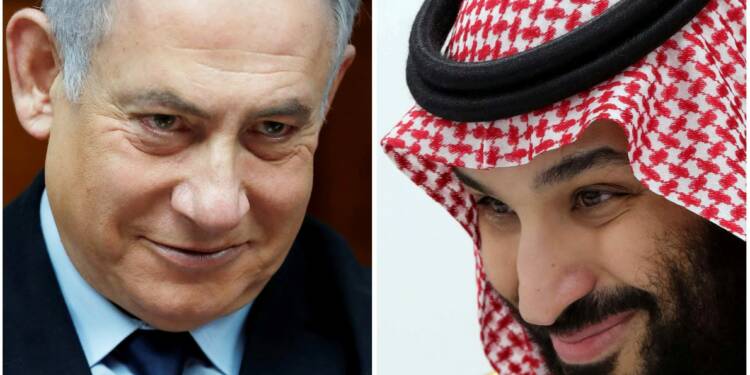 Last year, the former US President Donald Trump scripted history by brokering the Abraham Accords between Israel, and Arab nations like Morocco, Sudan, the United Arab Emirates and Bahrain. Trump brought the Middle East and perhaps even the world at large, closer to peace and prosperity. Ultimately, it was expected that Washington will broker a final Abraham Accord between Saudi Arabia and Israel, culminating the historic process. But with Biden in power, things are changing.

Biden wants to broker an Abraham Accord between Israel and Saudi Arabia, but he doesn’t want to do that without taking credit for the achievement. So, he is slowing down the entire process, and also showing an interest in punishig Israel’s Prime Minister Benjamin Netanyahu and Saudi Crown Prince Mohammed Bin Salman (MBS). Yet, both Saudi Arabia and Israel have a strong weapon to counter Biden- the possibility of an Abraham Accord not brokered by the US, depriving Biden of a foreign policy victory.

The sitting US President has his own reasons to vilify Netanyahu and MBS. Israel’s Prime Minister shared a close, diplomatic relationship with former US President Donald Trump. And you know how Democrats hate Trump. So, they hate Netanyahu too. This is why Biden keeps finding ways to insult the Israeli PM.

As for MBS, Biden’s ongoing campaign against the Saudi Crown Prince forms a part of his larger human rights agenda. The US President wants to show that he is the biggest defender of human rights on the face of the planet, which is why he is re-igniting issues like Jamal Khashoggi’s killing in 2018.

So, Biden’s conundrum is such that he does want to broker an Abraham Accord between Saudi Arabia and Israel. But he wants two things- firstly, he wants to show that he can hold the Saudi regime accountable for human rights violations and at the same time, punish Israel for getting too close to Trump and Republicans.

Secondly, Biden wants to take full credit for any peace deal between Saudi Arabia and Israel. Right now, everyone understands how Trump created a strong sense of camaraderie between the Arabs and Jews. If the undisputed leader of Arab Muslims, Saudi Arabia and the Jewish nation of Israel finalise an Abraham Accord with American help right now, then it would seem as if Trump had a bigger role to play than that played by Biden.

So, Biden’s strategy is to hold on for some time and play hard to get. After that he may go soft on contentious issues like the human rights agenda and the ostensible moral divide between Washington and Riyadh.

Yet, Israel and Saudi Arabia have a strong leverage against the Biden administration. These two powerful actors in the Middle East have the choice of autonomy from American foreign policy. At the end of the day, the US does remain a key ally for both Netanyahu and MBS, because of all the investments and military tech that the most powerful country on the earth has to offer.

However, if needed, Israel and Saudi Arabia always have the option of going ahead without the US. Israel and Saudi Arabia are waiting for Biden, because they know that any US President who gets to broker an Abraham Accord will shower generous gifts upon the parties to the peace agreement with Israel. Sudan and the UAE, for instance, made big gains in the form of American generosity. Now, why would Riyadh want to lose that opportunity?

Still, the fact that at least theoretically, Israel and Saudi Arabia can move towards an accord without American involvement is in itself a major leverage. Biden, on his part, doesn’t seem to understand the Middle East. Being an anachronistic leader, he doesn’t understand how the regional powers have matured and are capable of pursuing their own interests.

At the end of of the day if it becomes clear that the US is not interested in brokering the peace deal, then Saudi Arabia and Israel might do it themselves. After all, there will come a time when the two nations would lose patience and stop waiting for Biden to join them.

It would be a worst case scenario for Biden, if Saudi Arabia and Israel move ahead independently of the US. In that case, Biden won’t be able to take any credit at all. And make no mistake, a lot is at stake for both Saudi Arabia and Israel. They are eager to unite, so that they can take on Tehran which remains an existential threat for Israel and a theocratic challenger for Riyadh.

Also at stake are ample investments that will follow in hordes after an Abraham Accord. Just like the Abraham Accord between the UAE and Israel is expected to result in bilateral trade and investments worth $500 million, the potential for Saudi-Israel partnership is enormous. Moreover, Riyadh no longer wants to remain a single-sector, oil-based economy and in this sense, it needs closer cooperation with Israel as soon as possible.

The big leverage that Israel and Saudi Arabia have against the White House would become apparent soon. And it will continuously nudge Biden not to go slow, and eventually broker a peace deal between the two Middle East powers and claim a foreign policy victory for his administration.