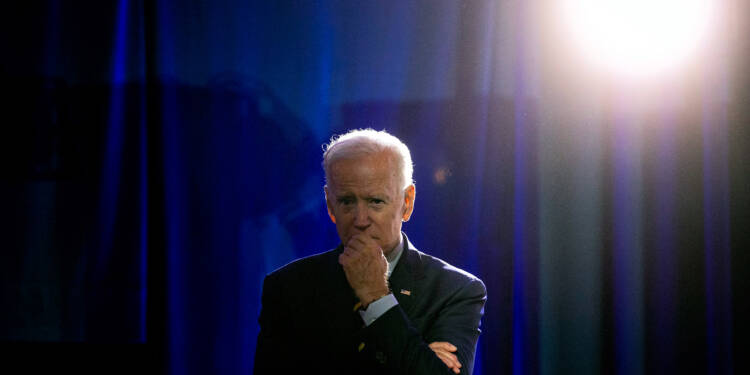 Since the end of World War II, the USA has become the leader of the free world and an exemplary capitalist society. The whole Cold War saw an ideological battle between the two competing ideologies of Communism and Capitalism and with the fall of the USSR, the victory of a capitalist system coupled with a liberal international order was ascertained. However, the very country which championed the cause of a free world, individualism and capitalism has been capitulating to the Socialist and Communist impulses.

President Biden rescinded the Trump administration’s executive order prohibiting critical race theory, one rooted in Marxism, training for federal agencies and federal contractors on his first day in office. This is a heartbreaking reversal for Americans who are committed to colourblindness in public life. While the president’s order is legally binding at the federal level, state legislators can still intervene.

The US values have for long been to not pay heed to one’s race, colour or any social he or she belong to, but what that person is worth individually. This beautiful idea has laid the foundation of a country that has racist tendencies, but compared to the contemporary world, it is the best the world has, for a globalised society. President Biden’s reinstatement of CRT training in the federal government is a disgrace. However, this does not have to be the end of the story. Now is the time for governors and state legislators to take action and to remember that these ideas do not stand up to scrutiny. The argument for colourblindness will always win in a state legislative committee hearing.

Read More: ‘Only white people can be racist,’ Government employees in the US get proper propaganda lessons

On his first day in office, President Biden rescinded the Trump administration’s executive order prohibiting critical race theory training for federal agencies and federal contractors. This is a sad reversal for Americans committed to colourblindness in public life. But while the president’s order is binding at the federal level, state legislators still have a say in the matter. They should not shrink from resisting this pernicious philosophy.

Critical race theory understands the world by viewing everything society, economics, education, family, science through the collective lens of “whiteness” and white racism. White people, according to CRT, drift in a kind of amniotic fluid of privilege and unearned gifts based on the brutal ideology of “white supremacy.” In a way, it propounds that everything and anything that white people do or achieve is just based on their privilege and nothing is earned.

Critical race theory includes values such as hard work, objectivity, deferred gratification, family and respect for the written word as intrinsically racist and claims that by “centering” these values American culture relentlessly suppresses black achievement while boosting white mediocrity. It is in all practical purposes the theory is an attempt to play reverse racism and decay Americanism from within.

CRT training sessions have become standard across academia, public education, corporate America and government. Highly-paid experts in indoctrination conduct multi-day seminars explaining how racist attitudes infect even the purest intentions and why white employees are and will always be racist.

By placing this flawed logic into the school curriculum, Democrats are bent on destroying everything American. However, Republicans are not inclined to toe the line and corrupt their school kid’s minds. Republican Florida Gov. Ron DeSantis denounced critical race theory at a press conference Wednesday afternoon, vowing to “expressly exclude” it from the state’s public schools.

These Republican States are taking a stand against the influx of Socialist and Communist ideas by the way of Critical Race Theory. As an opinion piece in Fox News said, open dialogue, challenging ideas and allowing robust intellectual diversity are the only healthy ways to build cultures of respect. Silencing dissent, as critical race theory advocates are doing, is no different than the brainwashing methods of ISIS and every other authoritarian regime in history. And instead of unity, it creates greater divisions.