Alexandria Ocasio-Cortez: The dumbest Democrat and the most underperforming Congresswoman 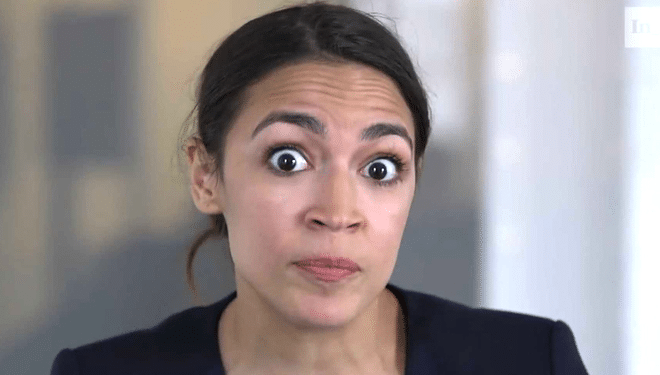 According to a recent report from the nonpartisan Center for Effective Lawmaking — a joint initiative of Vanderbilt University and the University of Virginia — Rep. Alexandria Ocasio-Cortez was among the least effective members of the previous Congress.

AOC proposed a total of 21 bills, all of which were considered “substantive” by the centre — but that’s where the story ends. According to the centre, which uses data from Congress.gov, the official website for US federal legislative information, her bills saw no committee action, no floor votes and none of them ever became law.

Alan Wiseman, a Vanderbilt political scientist and co-director of the centre said, “She introduced a lot of bills, but she was not successful at having them receive any sort of action in committee or beyond committee and if they can’t get through committee they cannot pass the House.”

“It’s clear that she was trying to get her legislative agenda moving and engage with the lawmaking process,” Wiseman added, “But she wasn’t as successful as some other members were — even among [other] freshmen — at getting people to pay attention to her legislation.”

When it came to the legislative efficacy of all 240 Democrats in Congress, AOC was ranked 230th out of 240. She came in dead last among the 19 Democratic legislators from New York state.

Federal reform of public housing, a moratorium on fracking and a mandate to offer full federal public benefits to illegal aliens was among the bills that failed. Many of Ocasio-Democratic Cortez’s colleagues, according to Democratic House insiders, considered her approach alienating.

“Tweeting is easy, governing is hard. You need to have friends. You need to understand the committee process, you need to be willing to make sacrifices,” said one. “Her first day in Congress … she decided to protest outside of Nancy Pelosi’s office.”

Read More: “How white are you?” – a New York school asks parents to rate themselves on a scale of “White Supremacist” to “White Abolitionist”

“Legislation was never her focus,” according to a second Democratic insider who worked with her in the New York delegation. “It was all about the media and the narrative.”

From the Republican stand, Rep. Nicole Malliotakis (R-Brooklyn/Staten Island), told The Post, “Her ludicrous policy ideas would destroy our country — Americans should be thankful she’s not effective.”

Members of AOC’s Democratic Socialist “Squad” did better. Rep. Ilhan Omar was ranked 214th after sponsoring 33 bills that never made it out of committee, while Rep. Rashida Tlaib had three substantive bills advanced to the committee, one of which became law. She came in 92nd place.

Kirsten Gillibrand did not do any better in the Senate, where she won 39 votes out of 45, with none of the substantive bills she introduced becoming law. Chuck Schumer came in at number 33, but Wiseman pointed out that lawmakers in leadership roles frequently did poorly because their duties allowed them to help other members with their initiatives.

While the study proves AOC is the most underperforming lawmaker of the current Democrat, her statements will prove that she is one of the dumbest too. On an Instagram live, AOC was talking about the border crisis but refused to term it as a crisis. She said it is not a crisis and definitely not a surge at the border and the insurgents are not really insurgents but refugees and anyone who calls them insurgents is advocating “White Supremacy.”

AOC said, “And that’s a problem because this is not a surge, these are children, and they are not insurgents, and we are not being invaded, which by the way is a white supremacist idea-philosophy, the idea that if another is coming in the population that this is an invasion of who we are.”

Read More: Even highways are racist now. Biden decides to stall a highway project in Texas because of race reasons

Cortez objected to the use of the phrase “surge” to characterise the border crisis, alleging that it encourages a “militaristic frame” that is “a white supremacist concept.” “But what about the surge?” they want to learn, according to Cortez. “First and foremost, do a gut check and stop. “Anyone who uses the word ‘surge’ around you is deliberately attempting to elicit a militaristic frame,” the congresswoman said.

RealClearPolitics President Tom Bevan said, “Not knowing the difference between the meaning of ‘surge’ and ‘insurgent’—and then using it as a talking point about white supremacy—is peak AOC.”

Cortez has been one of the most vocal senators on the issues of race and White Supremacy in the US. But despite the fact that the Biden administration has pushed many executive orders and laws which deal with racial issues, Cortez’s tally of zero substantive bills passing the house, even though the Democrats are in majority in both the houses, speaks volumes on how much her colleagues trust her pedigree as a lawmaker.

Cortez has been a member of the far left democrats and now it has been documented she has been the most underperforming one. She refuses to take into account the actual reality of any situation and has been just using her position to set the alternate narratives and not actually contribute to the welfare of the citizens of the United States of America. Her denial to look at the reality of the situation without the shades of race politics has been the only narrative she follows and propagates not because they are meaningful but because it is the only thing she has in her arsenal, pushing the agenda against alleged White Supremacy. Cortez just does not understand how the legislature works, it is more than tweeting and flinging accusations across the aisle.