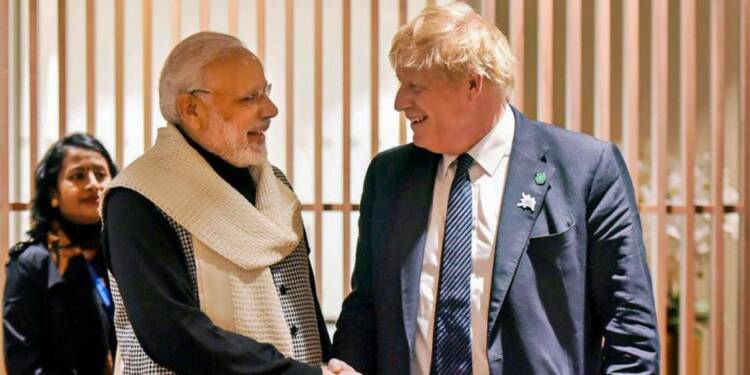 The Coronavirus Pandemic is still raging in many parts of the world, but there are some things in this world that cannot wait. We are talking about UK Prime Minister Boris Johnson’s meeting with his Indian counterpart, Narendra Modi on April 25. The visit though shortened hasn’t been cancelled despite the ongoing pandemic. So, what is so important about this visit that it has continued despite the rising COVID-19 cases.

The world at large may not be talking about the upcoming Johnson-Modi meet, but there are many long term implications of the crucial meeting that the world doesn’t understand. At least the agenda of the meeting shows that it will change the world as we know it. The meeting will affect all key players and regions including the Biden administration, the Indo-Pacific, the European Union and the rising Communist-authoritarian power in the form of China.

The mood and larger context of the Johnson-Modi meet have, of course, been set by Biden’s accession to power in the United States. British Prime Minister Boris Johnson remains wary of a Democrat President in the United States, especially because Biden’s former boss Barack Obama wasn’t very kind towards the UK.

In 2016, Obama had even said,  “The UK is going to be in the back of the queue,” in reference to a trade deal after Brexit. The Brexit has taken place anyway, but even last year, House Speaker Nancy Pelosi threatened to block a US-UK trade deal. Democrats, including the sitting President Joe Biden, have always preferred the European Union over the United Kingdom, and Boris Johnson must be conscious of this fact.

It was only during the presentation of the Integrated Review in the British Parliament that Johnson announced his visit to India to “strengthen ties with the world’s largest democracy”.

During the bilateral meeting, India and the United Kingdom are set to agree on a roadmap for 2030 for future relations. The High Commission of India in London revealed the agenda of the British Prime Minister’s India visit.

The High Commission stated, “The visit of PM Johnson is expected to positively transform the partnership across the wide spectrum of issues and areas relating to Defence and Security, the Indo-Pacific and Western Indian Ocean Region (WIOR), Trade and Investments, Health care, Climate Change and people-to-people connect.”

So, there is a complete transformation of bilateral ties across all fields. But the most important subject is, of course, Defence and Security. It signals how the UK is progressively shedding its tendency to balance ties between China/Pakistan on one hand, and India on the other.

Now, by taking the Indo-British partnership to the next level and enhancing Defence cooperation, London is giving a statement of intent. It shows that the UK is wary of growing Chinese hegemony and indifferent towards Pakistan’s sensitivities. Even the Integrated Review published by the UK expresses how it is concerned about China’s growth and its effect on the free world.

The other important aspect of roadmap 2030 is the increasing focus on Indo-Pacific and Western Indian Ocean Region (WIOR). It shows how the UK is now going to pursue its relations outside the European Union (EU) and Atlantic. The UK-EU relationship is fraught with differences and disagreements. So, the UK has to look towards powers like India, Japan and the ASEAN for meeting its trade and investment needs.

As such, India’s centrality in the Indo-Pacific and her exclusive position in the Indian Ocean Region (IOR) motivates the Boris government to seek cooperation with India in the region. Indo-UK trade has been already going up, and to complement it further, India and the UK recently worked out an ‘Enhanced Trade Partnership’, a possible precursor to the larger Free Trade Agreement (FTA).

To sum it all, the three pillars of Indo-UK cooperation, viz. Indo-Pacific, Trade and Investments, and Defence and Security are supposed to get interlocked. London’s Indo-Pacific tilt is dictated by its commercial needs. But the nature of the Indo-Pacific is such that commerce cannot be encouraged without cooperation and coordination in the defence and security sector.

India and the UK are also supposed to improve their relations in other sectors such as Health and Climate Change. In the health sector, New Delhi and London have already shown immense ability in the form of Covishield, an Oxford-AstraZeneca vaccine being made in India.

Indo-UK partnership has the potential to change the world as we know it. And the Johnson-Modi meeting might as well be the precursor of its long term implications.

We thought Pelosi is in charge of the White House, then we thought it’s Harris, turns out it’s actually Cortez