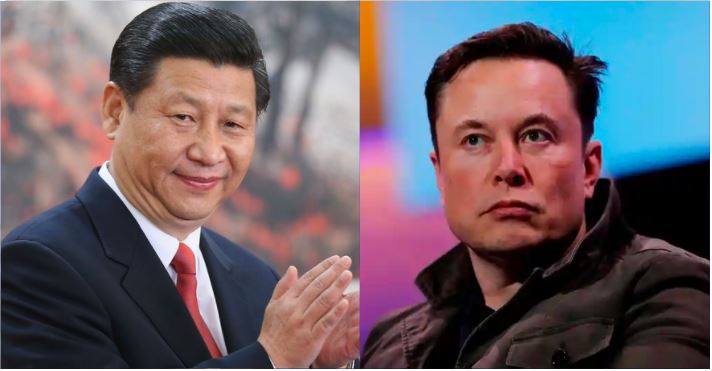 It is hardly surprising that China has recognised and closely observed what Elon Musk’s SpaceX has accomplished thus far. The result was a recent demonstration that revealed a sub-orbital earth-to-earth rocket, and while many are working on the concept, China took the prize for designing a rocket that looks exactly like a SpaceX Starship render from four years ago.

China has long shared many ambitious projects that have explicitly aimed to at least match other nations, foot for foot, in the global space race, alongside the United States, the European Union, Japan, and India. Now, in an odd turn of events, China seems to have taken a personal interest in matching the successes of Western nations in space.

A conceptual video presented by the China Academy of Launch Vehicle Technology (CALT) at the recent Chinese national space day in Nanjing showed a vertical lift-off rocket that looked just like Elon Musk’s headline-grabbing SpaceX Starship. From the gleaming stainless-steel exterior to the smooth separation of the first and second stages, China most likely claims to have invented it all on its own.

SpaceX showed a prototype video in 2017 showing how its Starship could be used in sub-orbital flight to fly from anywhere on Earth to anywhere else in less than an hour. The company claimed a travel time of 39 minutes from New York to Shanghai, exceeding speeds that even the peak age of hypersonic air travel could never achieve. However, SpaceX has since concentrated on developing more affordable spaceflight concepts, including nearly perfecting the catching of its first-stage rocket booster in the middle of the sea, as well as a more sophisticated cockpit experience on board the Crew Dragon.

According to reports, China’s state-sponsored CALT plans to use its Starship rip-off to deliver cargo around the world by 2035 and to transport passengers by 2045. China seems to be planning to copy the SpaceX Falcon Heavy in the future, which will be available in a heavy payload lifter variant called the Long March 9.

Elon Musk has been a little too complimentary of the Chinese Communist Party for a long time, despite the sweatshops, child labour, and forced labour that are all too common in Chinese territories’ autonomous regions. But since then Chinese car manufacturers have made a huge dent in Tesla’s market share in China.

Given China’s reputation for copying iconic Western products like Land Rover (aka Land Wind X7) and Rolls-Royce (aka Geely E6), it is not shocking that the country has followed the suit in space as well.