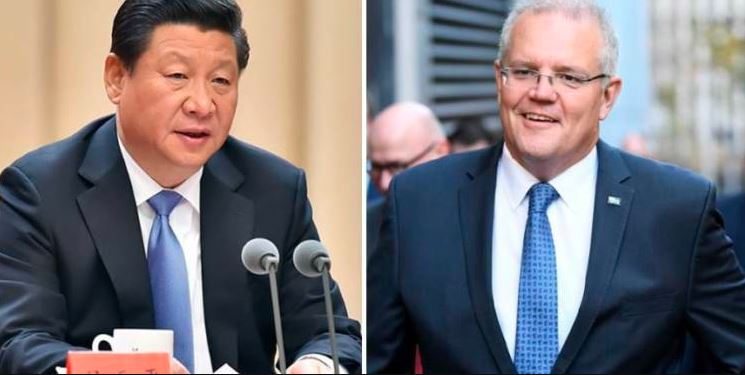 The good times for China are coming to a crashing close in Australia. Prime Minister Scott Morrison is dealing one blow after the other to Chinese interests in Australia. TFI had reported last month itself that Prime Minister Scott Morrison would be kicking out Chinese involvement from the Darwin Port in the country’s Northern Territory. Precisely that is happening now, as the federal government of the down under country has officially begun reviewing the Northern Territory’s 99-year-lease of the Port of Darwin to the Chinese-owned company Landbridge. What this effectively means is that China is about to suffer yet another setback – this time by being kicked out of the Port of Darwin.

Defence Minister Peter Dutton confirmed the National Security Committee of Cabinet had tasked his department to “come back with some advice, so ‘that’ work is already under way”.  Reuters reported that Defence officials are looking into whether the Landbridge Group, which is owned by Chinese billionaire Ye Cheng, should be forced to give up its ownership of Darwin Port on national security grounds. Landbridge, which has close ties to the Chinese military, won a bidding process in 2015 to operate the port in a deal worth A$506 million.

The move to begin a review of the Darwin Port being leased to the Chinese came days after Prime Minister Scott Morrison had said that his government would act on the port’s ownership if he received advice from the Department of Defence or national security agencies. “If there is any advice that I receive from the Department of Defence or intelligence agencies that suggest that there are national security risks there then you’d expect the government to take action on that, and that would be right,” Morrison had declared.

The port is strategically located on the southern flank of the US operations in the Pacific in close vicinity to Southeast Asian nations like Indonesia. This has repercussions on the potential flashpoints between Beijing and Washington in the South China Sea. Darwin is Asia’s gateway to Australia, which makes it extremely important for Canberra to maintain strategic autonomy over this port.

On its part, shocked by the sudden blow given to it in the form of a Defence review of its ownership of the Port of Darwin, Landbridge said the company had “acquired the lease to Darwin Port in good faith following a transparent process in 2015”. The Chinese company’s vice president in Australia said, “We are aware of reports of a new review to be conducted by the Department of Defence and are willing to participate in this review as required.”

However, Prime Minister Morrison has no interest in preserving bilateral ties with a tyrannical regime in China. The world has a lot to emulate from Australia’s dealing with China. National security and sovereignty trump all other issues, and Morrison has shown the world how China is to be hit where it hurts them the most.