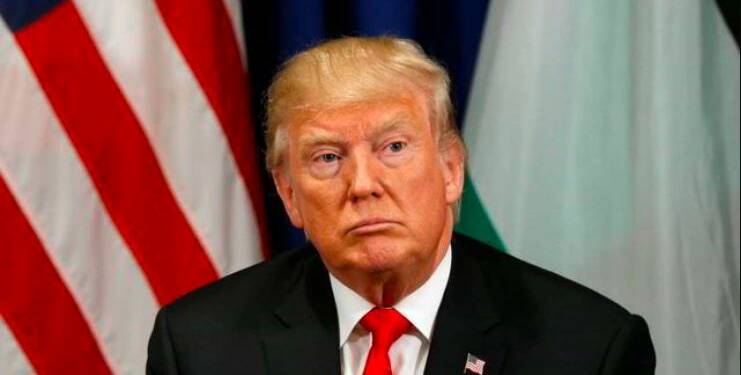 Democrats fear Donald Trump, the former President of the United States of America. So, they have come up with a new plan – resurrect an unproven civil case, convert it into a criminal matter and try to put him behind the bars, so that he cannot contest the 2024 polls.

The New York State Attorney General Letitia James’ spokesperson Fabien Levy has reportedly revealed that the examination against the Trump organisation is now also a criminal investigation. As per POLITICO, Fabien Levy confirmed by email that the investigation against Trump is “no longer purely civil in nature.” Levy added, “We are now actively investigating the Trump Organization in a criminal capacity, along with the Manhattan D.A. We have no additional comment at this time.”

James’ office is now going to conduct a thorough probe against Trump and even his family members with allegations of misstating property values in order to get tax benefits.

Earlier, Manhattan District Attorney Cyrus Vance Jr. too had started a probe into allegations of tax, insurance and bank fraud against the former US President. The New York prosecutors are thus trying to widen the scope of liability in investigations against Trump. As per POLITICO, James’ latest action against former US President also suggests collaboration between the two different probes.

Both James and Vance are Democrats, which really makes the real intent behind the investigations amply clear. On Wednesday, Trump himself issued a 900-word statement against the vindictive probes. He said, “There is nothing more corrupt than an investigation that is in desperate search of a crime.” The former US President added, “But, make no mistake, that is exactly what is happening here. The Attorney General of New York literally campaigned on prosecuting Donald Trump even before she knew anything about me.”

Earlier, it was being reported that Trump could remain stuck in Florida. It was expected that if the Manhattan D.A. indicted Trump, Florida Governor Ron DeSantis would intervene and use his statutory power of not complying with an extradition notice. But by heading towards New Jersey, Trump is showing that he is nothing to hide and therefore he won’t remain stuck in the Red State.

The probes into Trump’s tax returns meanwhile are getting exposed as completely political. For Democrats, these investigations tend to demolish Trump’s final image as a man who was already rich, and so he won’t steal from Americans. Trump’s enemies are trying to claim that he is a thief, albeit unsuccessfully.

And at the end of the day, Democrats do feel that vindictive probes are the only means of derailing Trump’s 2024 Presidential bid.

Earlier, Democrats had tried the impeachment route to derail Trump’s political career, but they failed. Then, the Democrats tried to strengthen Trump-haters like Liz Cheney, Mitt Romney and Susan Collins within the GOP. But again, the detractors have failed. Republican supporters continue to back Trump and the ideological differences within the GOP are getting minimised, with a broad consensus on continuing under his leadership.

Trump is getting stronger by the day while preparing for a high-voltage contest in the 2024 Presidential polls. And the Democrats are, therefore, making one last attempt to sabotage his future plans with vindictive investigations.